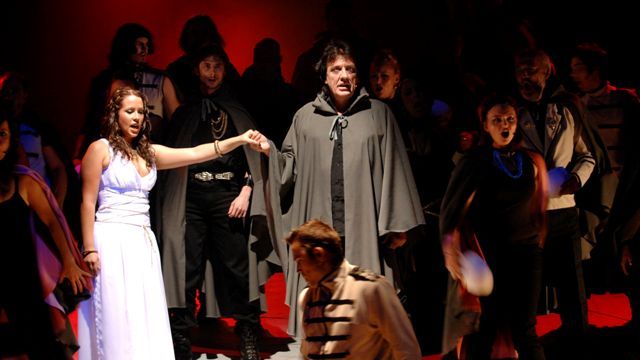 Theatrical agent and Stage Whispers Publisher David Spicer was invited by Britain’s AS magazine to recount his experience as a Producer of the Trojan Rock epic Paris in April 2008. To do this he set up a new pro-am theatre company on the NSW Central Coast. One of the writers, Jon English, agreed to appear on stage as Menelaus.

It was 24 hours until opening night. My Trojan Horse had broken down. I was sent to a hardware store to buy wood for a new one. When I couldn’t even lift the wood, I felt like crawling into the fetal position.
Miraculously a new Trojan Horse was built - just in time – and the production was a huge artistic and financial success.

PLOT
Paris and Helen are the original star-crossed lovers. Paris, the Trojan Prince, captures the heart of Helen, the most beautiful woman, the wife of his nation’s enemy. It sparks a ten-year war between the greatest warriors of Troy and Greece.

CASTING
Paris requires great male singers. The lead needs a brilliant rock tenor voice and the charisma to make an audience believe that he can woo the most beautiful woman in the world in one day. Other roles include Hector, Agamemnon, Ulysses and Menelaus, all of whom have great solos.
Women will fight to play Helen of Troy, while Cassandra is a wonderful dramatic role.
In my case I staged the show in Gosford, which produced the world premiere of the musical in 2003. Many of the cast wanted to return to stage the show again, in the presence of the writer – Jon English.

THE COMPANY
I had to form a new theatre company to stage the show. I gave it a cool name – Southern Cross Musicals - with a stylish logo. All in the cast were amateur and the local Director impressed on me that they were of such high standard that I couldn’t charge them a show fee. Jon English was paid, as were the creatives and the orchestra.
We dedicated one night to a local charity to ease any concerns about the pro-am nature of the theatre company.

MUSIC and BUDGET
Paris was released as a concept album in 1990 with an all-star cast and a sumptuous recording from the London Symphony Orchestra.
The aim of this exercise was to showcase a new edition of the musical to amateur and professional producers – so I decided to spend the largest amount of my production budget on the orchestra.
I budgeted $18,000 for a fully professional orchestra, compared to $5000 for the set and $2000 for costumes.

STAGING
The set budget stretched the Director to come up with an affordable idea.
The set was made to resemble the shape of a Greek amphitheatre. There were stairs at the front and the cast entered from stairs at the side and a ladder stair at the back. In the middle of the set was a trap door.
For the scene where Paris sails on a boat - which sinks - Paris was flown down on a mast, which was just a piece of wood, and the crew pulled ropes to signify the vessel.
A second trap door at the front of the stage was opened for another piece of wood to signify the bow of the boat. The crew disappeared into the trap door and the mast was lifted to show Paris washed up on the beach.
In the second act, for the battle scenes at the Walls of Troy, we flew some flats to separate the Greeks and Trojans. For the fight scenes we avoided swords and stuck to clashes between wooden rods.
And the scene where Achilles gets an arrow in the heel was done with a retractable arrow.

THE TROJAN HORSE.
The most challenging part of staging this musical is producing a Trojan Horse which makes the audience go gee whiz!
The Director wanted the horse to be part of the stage. Its body was a large triangular shaped piece of wood embedded in the stage platform. On cue a rope would pull up the body (triangle) and we would fly down the head.
Alas, on bump in, we discovered the wooden triangle was too heavy to be lifted. I had Cassandra-like visions of doom. We’d finally get this lump of wood up and it would fall to decapitate a cast member or fall forward and flatten everyone in the front row of the audience.
We needed a plan B. A light bulb went off – What about a Venetian blind? What’s that got to do with a Trojan Horse, you ask? Well I was sent to the hardware store to buy lots of fence palings. They were stapled together into the shape of a Trojan Horse. That brings me to being in the fetal position when I couldn’t even lift them.
Luckily I recovered my composure, and so too did the cast, who worked like Trojans to build it.
The audience enjoyed Trojan Horse Mk 2. The Greek drunks even wrote a joke into the comedy routine … how do you make a Venetian blind?

COSTUMES
There was even less money in the kitty for costumes than for the set. The opening scene was classical, with Greek masks for the Gods. It looked stunning. We used modern military style coats for the Greeks. The Trojans wore black jeans with grey tops with braiding and epilates. Beautiful gowns were designed for the women.

LIGHT
Technical things are all Greek to me. All I can say is the Director is very fond of a dark stage and back lighting. I liked it!

PRODUCER’S SURPRISE
I found that being a Producer is like being a parent. Your children always have their hand out. Can I have some cash for a hair extension for Helen? Cassandra needs groovy new contact lenses so she looks blind … here is the invoice. And so forth.
It was no surprise that we blew the budget. Thankfully tickets kept selling and selling. Just on 3500 tickets were sold. Amazingly I made a modest profit!

THE RESULT
We got great reviews, the cast and audience thoroughly enjoyed the experience and another step along the Paris journey has been made.
Since the production Jon English and David Mackay have further updated the show and added more comedy and romance.
The first production of the latest edition will be Brisbane by the Savoyards from Sept 26 to Oct 11.

For a perusal of the new script contact DSP. 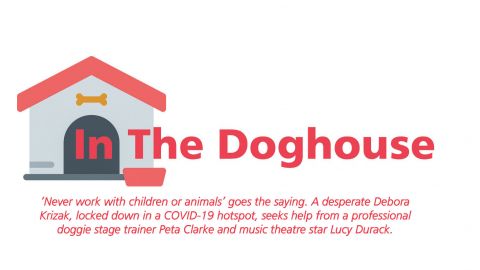 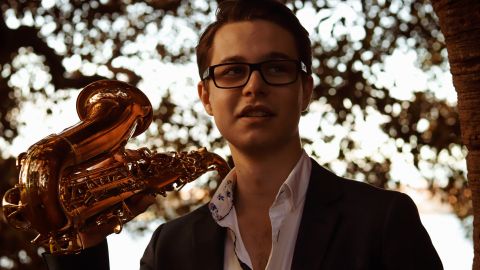 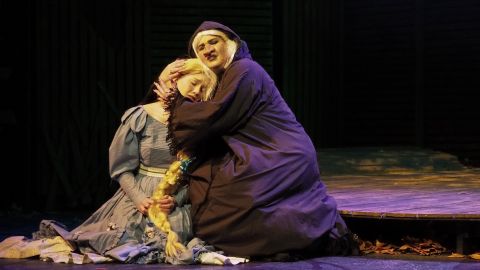