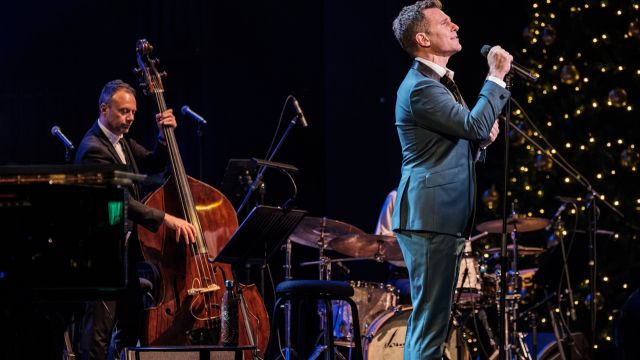 Carol Wimmer reports on the opening of this much anticipated new venue in Sydney’s west.

Sydney’s Coliseum Theatre opened with a Christmas ‘bang’ on December 12, 2019! David Campbell and the Sydney Symphony Orchestra, conducted by Nicholas Buc, wowed the 2000 strong audience with a special Christmas at the Coliseum concert that gave the creators of this great new theatre a chance to show just what it can do. Stage, lighting, acoustics, sightlines, seating! All are incredible! Just as Executive Director Craig McMasters promised they would be when I spoke with him just six months ago.

Two years and one month ago this wonderful new building was just a dream. Last night patrons walked down its graceful staircase under a sparkling green chandelier and sipped drinks from a variety of bars before making their way into its spectacular theatre. The mood was eclectically infectious! Excitement … Wonder … Curiosity … Expectation… and no one was disappointed.

There, on the fifteen-metre wide stage swathed in metres of shimmering velvet, under a plethora of LED lights shining from every direction and an enormous Christmas tree glittering with gold lights on stage left, Richard Wilkins introduced the SSO, complete with its beautiful gold harp – and the peoples’ favourite ‘swing king’, David Campbell – as the very first performers to grace this opulent, world class venue. 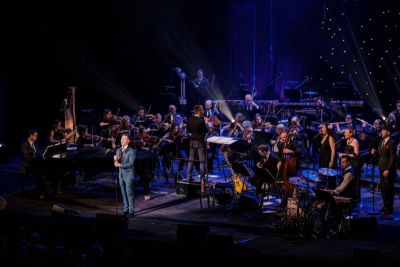 Grace it they did! Campbell is a very special entertainer. His repertoire is extensive, his range amazing. But more than that, he’s a man of the people. There is no pretension. He loves his audience – and he loved being the first of many great Australians to sing on this special new stage at his “favourite time of the year”.

Tina Arena will follow him on the weekend. Barry Humphries will bring Dame Edna to the west next week. John Butler will follow her. And Keith Urban will be it’s “official” opening act on 21st December – but Campbell and the musicians of the Sydney Symphony blessed the theatre with a very special festive first night.

"Winter Wonderland" was the first of the famous seasonal songs to thrill the audience, followed by favourites including Mel Tormé and Bob Wells’ famous "The Christmas Song" with  its warm image of 'chestnuts roasting on an open fire .. and new compositions such as Australian composer Rick Price’s "Baby It’s Christmas".

As a tribute to the inspired ingenuity of those who envisaged the Coliseum, Campbell and the orchestra chose "Pure Imagination", and the brilliant acoustics of the theatre picked up its message and took it soaring. The flute and harp led the orchestra in a beautiful classical interpretation of "Greensleeves", and both Campbell and the orchestra paid musical homage to those affected by the bush fires – especially those who are fighting the fires– with a moving performance of "You’ll Never Walk Alone".

The carols "Silent Night"  and "Oh Come All Ye Faithful" gave the evening a more traditional feeling – until Campbell gave in to a rousing rendition of the more “recent” Christmas favourite "All I Want for Christmas is You!" 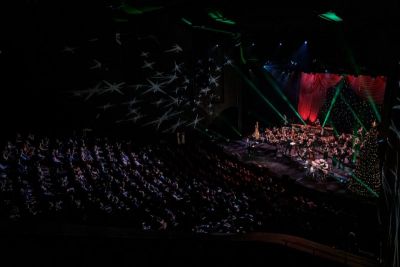 What a wonderful way to christen this newest “jewel” of the West. At the beginning of the month the new Sydney Zoo opened just down the road in Doonside. Now, the Coliseum and its great gladiatorial program of world-famous Australian entertainers, will take us through to Christmas. Come by car along the M2 and the M7 – or by train to Rooty Hill station a short stroll away. There’s plenty of parking, great places to eat – and the New Year will bring more concerts and ballet, contemporary dance, musical theatre, opera and specialist acts.

The Coliseum will make the heart of western Sydney pulse with a brand, new cultural beat. 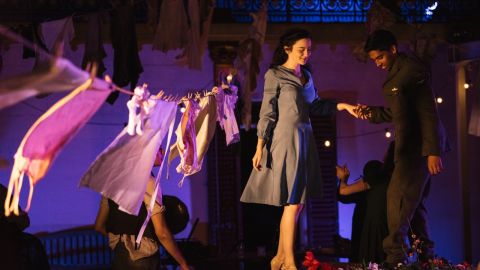