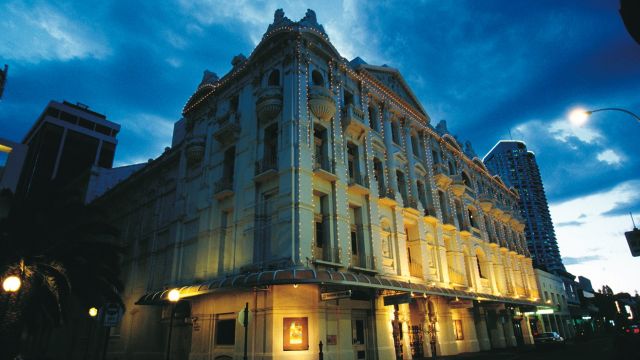 Stage Whispers is excited to introduce a new series of features from our correspondents, nominating their favourite theatres in their home state and town. First is one of our hardest working reviewers *Kimberley Shaw from Perth.

His Majesty’s Theatre Perth, colloquially knowns as “The Maj”, is Australia’s only remaining Edwardian Baroque Theatre, and one of only two theatres retaining the name “His Majesty’s” in the world (the other being in Aberdeen, Scotland).

The auditorium seats 1263 people in a horseshoe configuration over three levels, with the audience comparatively close to the stage. The marble and gold foyers are elegant but not overstated. 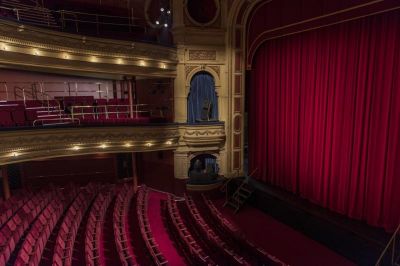 Extensive renovations during the 1970s were sympathetic to the Edwardian grandeur and aesthetics, while making the venue more comfortable for modern audiences. Updates have included moving the theatre’s iconic staircase to the end of the stalls foyer and removing columns in the auditorium, which previously obscured vision. The theatre has a beautifully decorated dome ceiling, which originally retracted to open the theatre to the stars on warm evenings.

The venue includes the popular Barre Café, the cabaret venue Downstairs at the Maj, and the WA Performing Arts Museum.

Actors love the sense of history in the building. Pre-teen actor Denver Havercroft, who has performed in the venue with the WA Opera, states that the scale of the seating at His Majesty’s makes him “feel like a small part of something important”, while others speak of feeling an emotional connection to the building’s past. Musicians love the spacious orchestra pit. Audiences love the feeling of grandeur and “occasion” and the proximity of all of the seats to the stage. 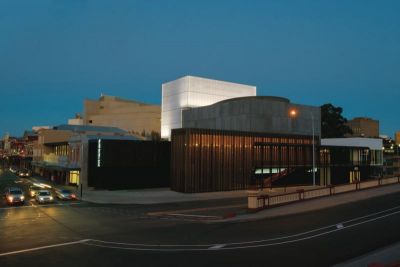 Stunning foyer spaces make this a comfortable venue to visit and a favourite for social media photographs.

The building’s second theatre space is Theatre Underground, a flexible, black box space seating 234, that is used for smaller and more experimental productions.

Other spaces in and around the venue are used occasionally as theatre spaces including the courtyard and rehearsal rooms.

Performers love the state of the art facilities and the fact that the two major venues offer very different experiences. The dressing rooms and Green Room are comfortable and acoustics are good. Audiences love that there are no bad seats in either venue and that the foyers are comfortable and attractive. Like The Maj, it is a central venue, with great access to public transport and easy parking. 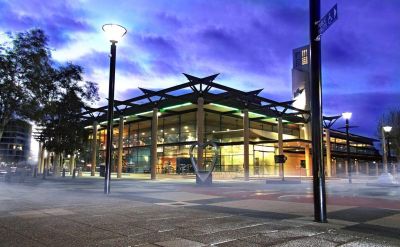 Mandurah is a coastal city just south of Perth and the Performing Arts Centre is located on Mandurah’s inlet. Audiences at matinees or on Summer evenings frequently spot pods of dolphins frolicking in the bay, as the foyer looks out across the water.

Built by the State Government and the City of Mandurah, it opened in 1997. The venue is the key player in an entertainment district that includes a cinema complex, restaurants and hotels was visited by nearly 215,000 people last year. It proudly records an audience satisfaction rank of 90%.

The main 800 seat theatre is used by a variety of community theatres, schools, dance concerts and in-house productions, as well as being a venue for regional and national tours.

Mandurah’s Fishtrap Theatre is a smaller space in the same building, featuring retractable seating for up to 144. It is used for functions, seminars and workshops as well as recitals, films and plays. 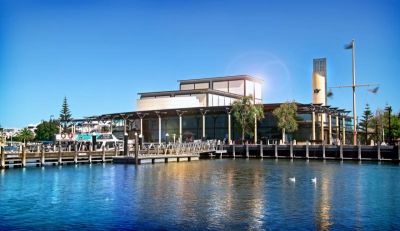 Actors and creatives praise the backstage facilities and the working conditions of the theatre, and orchestras love the excellent pit. Artists and audiences alike enjoy the location and easy access to good places to eat. Popular with locals, who enjoy a great venue right on their doorstep, MPAC also attracts many visitors from Perth, as it is an easy drive, usually under an hour.

An iconic element of the theatre was a sculpture in front of the venue inside a water feature. It contained poignant upturned row boats with crosses in them, recalling a tragedy in 1959 when four nuns and a priest drowned in nearby waterway. The display is being re-located, so the nuns and priest won’t be forgotten.

Kimberley Shaw is a primary school teacher, director and proud stage mother. She is a life member and Vice President of the Independent Theatre Association of Western Australia. 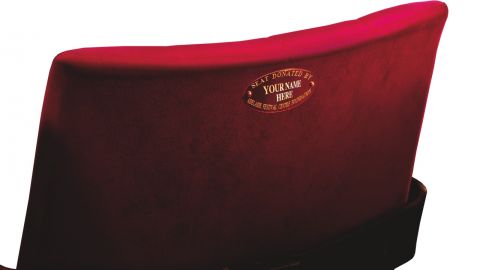 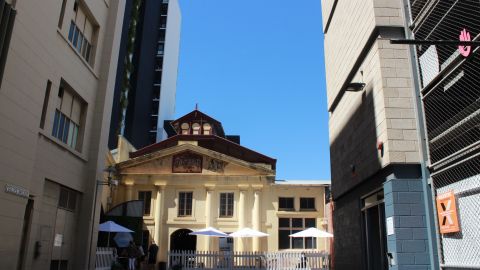 Festival City Performance Venues
Known worldwide as an Arts hub, one might think Adelaide is well served by theatre venues, but like every city in... more
Copyright © 2013 - 2020 Stage Whispers. All Rights Reserved. Terms & Conditions