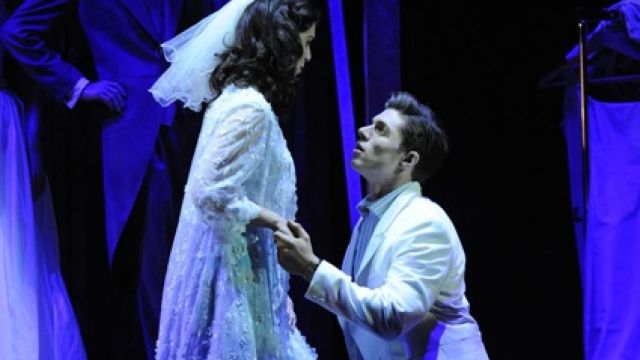 By Kim Durban, Program Co-ordinator (Head) of Performing Arts at the Arts Academy, University of Ballarat.

After being with the Arts Academy for almost ten years, I thought I would let my graduates do the talking about the training here in Ballarat …

What was the most useful or exciting thing about training at the Arts Academy?

Josh Piterman (Music Theatre Graduate 2006, currently playing Tony in West Side Story): The most useful and exciting thing is getting access to great facilities and staff, all the time. There is a real sense of love and community at The Arts Academy. Lara Thew (Music Theatre Graduate 2007):Work ethic! An Arts Academy (formerly  BAPA) grad knows how to pitch in to get the job done, to bump in/out, assist with publicity, work a day job and rehearse a show - what ever is required or necessary - because no one said it would be easy, it’s just ALWAYS worth it! Philippa Lynas (Music Theatre Graduate 2007):The leading edge of the Arts Academy is the unbelievable team of lecturers on offer. Every facility is filled with inspiring, experienced and passionate teachers who truly invest in each student’s talents and drive. I was constantly inspired and motivated by all of my lectures. John Marc Desengano (Acting Graduate 2008):The most exciting thing about training at the Arts Academy was moving from out of my family home in Melbourne to Ballarat. Initially it was scary but both the students and staff at the Arts Academy made the move so easy. The staff look after the students so well that the environment always feels safe no matter what shape, size, race or sexuality you are. This really helped give me a new sense of independence, which contributed to my acting skills. Claire George (Music Theatre Graduate 2006):Being part of a community - feeling supported by fellow students and staff in such an artistic environment.

What was the most important experience for you?

Edward Howard (Music Theatre Graduate 2006):The faculty at Ballarat works with you as an individual to help you enter into a career that will last you a life time … one of my greatest highlights was the creation of our own musical. Josh: The most important experience for me was playing Fred in Kiss Me Kate at the end of 3rd year, at the Princess Theatre in Melbourne. It was the first time the University had taken a full scale musical down to Melbourne and playing the lead role was just amazing. However, in terms of training, the Singing/Acting class with Tracy Bourne was probably the most important thing for me, as it delved into the deeper and more intellectual side of singing musical theatre repertoire. It is also what can make or break an audition in the real world. So this class definitely prepared me for the good and bad days that I've now faced in auditions.

What are you doing now?

Josh: I’m currently playing Tony in the Australian tour of West Side Story. This relates to my time at Ballarat because I was often cast in the leading/romantic roles at university, which enabled me to develop a strong skill base in this area. Furthermore, the strong acting training that I received from Kim Durban and Ross Hall has most definitely helped me in accessing the vast array of emotions that I need to feel as Tony night after night. Lara: I am working with Magnormos Theatre Company on [Title of Show]. I am also rehearsing Sondheim's Saturday Night, which will be played at the Recital Centre in September with a cast of 12 (6 of whom are Ballarat grads!). Claire: Rehearsing The Boy From Oz, about to work with Magnormos on Saturday Night, then Sugar for The Production Company. Jade Thomson (Acting Graduate 2009):I currently own my own business with a former classmate. It is a production company called Two Friends Productions which specialises in educational comedies for children. We have done some extremely successful seasons with Sovereign Hill and local schools so far and have many promising bookings for the future. It's keeping me so busy it's becoming my full time job, which is really exciting. I am also auditioning a lot and recently did a very successful production of Cosi.

A message for auditionees?

John: I feel I owe a lot to the everyone at the Arts Academy because not only has it given me the skills I need to be the best actor I can possibly be, it's also given me some experiences and memories that has made me the person I am today. Jade: I think the most important message from the Arts Academy was - just do it. Just go for it, make the mistakes and learn who you are. It doesn't matter what happens  because you will have our support.

Edward: Ballarat gave me the skills I needed to land the job and the confidence to go for it. 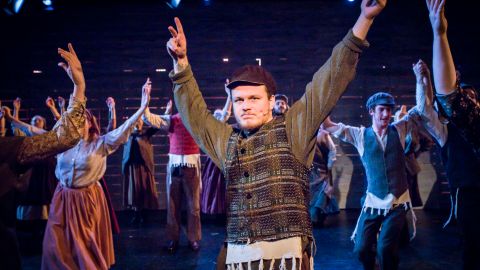 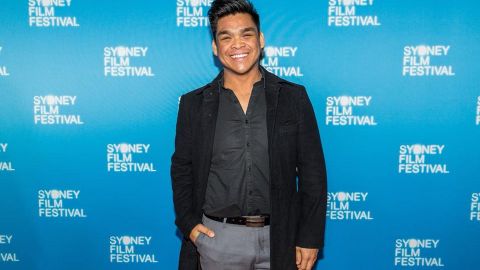 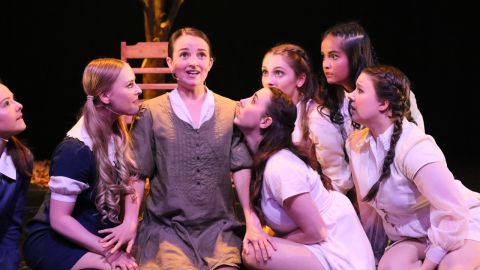