The Heart of Dramatic Art 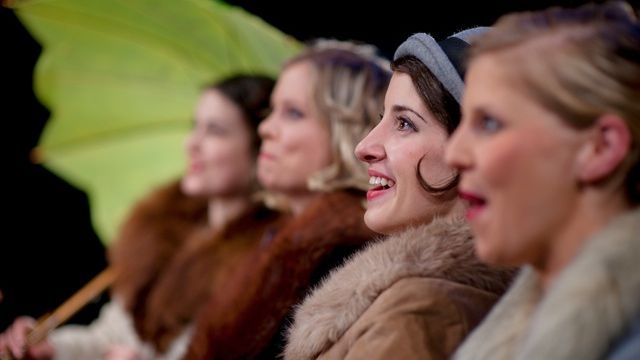 Stage Whispers is pleased to present a sneak-peek from Dean Carey’s new book, The Heart of Dramatic Art, due for release early in 2012.

The Actor At Work

Many actors feel fear: fear of failure, fear of judgement and even fear of success. This can manifest in many ways as they are asked to continually leap from the known to the unknown, the familiar to the unfamiliar: new auditions, new roles, new plays, new styles, new skills, new and endless demands. The actor’s landscape is almost always alien, unchartered territory. It is then completely understandable that actors can feel vulnerable, stretched and exposed. It’s also understandable that those viewing the actor’s make-believe world may be sitting in judgement of them: critically focused yet safe as a voyeur therefore the actors better prove themselves worthy of their attention in order to make the grade. 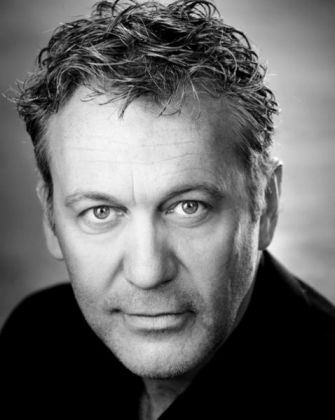 But if the actor can entertain the fact that those watching in the class, rehearsal or indeed the casting room may well be willing to be transported - that they have bought their ticket and they are indeed on the ride (or at least prepared for one) then a truly wonderful collusion could take place. This shared expectation can become a field of potential unity. Seemingly out of no-where and in a heartbeat there could arrive an invisible ‘wish’ that something needs to and indeed wants to happen. Once active, this mutual energy field has the potential to charge the air with particles of possibility. This is precisely the prime onstage real estate for the actor to inhabit, as this is where the simple and the profound play tag.

The moment a student steps up onto the stage arena in my acting class with the belief that those watching are ready, wanting and willing to be affected, something in them changes and changes radically. Human beings are in search life ‘recognition’: we want mirrored back what we think, feel and fear… that’s our natural default position. So there’s actually this unspoken permission from all present, charging the actor with this responsibility. But more than just that (as if that wasn’t enough motivation in the first place) they are also charging the actor with the right to enter this new onstage world and engage its inhabitants on our behalf. Now this is significant. I believe activating this awareness of union between those on and offstage should be one of the aims of every good acting class and every healthy and productive rehearsal period. Worrying about what people out front may think and expect takes the actor off the stage and places them directly in the stalls next to their own worst version of the paying public – cynical and judging. In this context what other choice has the actor but to try to pander and to please? A fruitless and thankless pursuit. If the student actor can infuse into their bones that both they and those watching are on the same team, self- judgement can vanish and their authentic creative inquiry can at last begin. 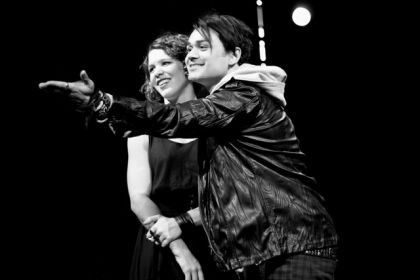 The Audience At Work

Moving from the relative safety of the creative classroom world into the commercial performance world we now have a thousand added pressures and fears that can ignite inside the actor. But the two worlds also share exact common ground: the audience knows that the actors know they are on a stage. The actors know that the audience knows they are sitting in a theatre. The audience also knows that the actors know that the audience are sitting out there. Hopefully you see my point; it's what I call the collective construct, and once an actor understands the power inherent in it – not just intellectually but in their being - such creative freedom can emerge. Judgement can recede from all involved – actors and audience alike - to a faint echo of itself as liberty leads to adventure.

But knowing something and understanding something is very different – each actor is required to possess both awareness matched with a level of skill.

Now this is essential to note: actors cannot control the audience’s perception of them onstage. So forget it – it ‘aint gonna happen. Some audience members arrive ready to embrace the upcoming event, some are reserved, others may be distant and difficult to reach. Audiences will be what they are and that’s just how it is. BUT, actors can command the quality of their energy and the quality of their focus onstage – this absolutely lies in their realm of influence.

When the actor moves into a high-fidelity communication frequency – and by this I simply mean real listening, real speaking and sharing – in effect, organic energetic interaction – he or she can actually calibrate the audience’s senses and have every chance of the collected mass sitting forward and openly sharing their energy field with all those onstage. ACTION. Here we have the audience now playing their role in the event – the final ‘character’ has arrived and the show can now begin with the darkened auditorium full of minds and hearts focused through a lens of seeking. 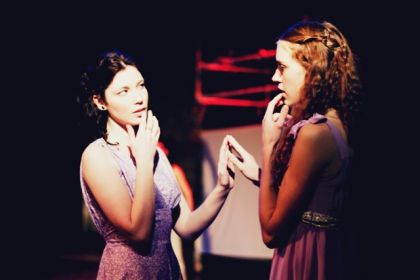 I have even witnessed the most hard-nosed professional audience when observing actor’s being put through their paces in a talent ‘showcase’ suddenly put down their pens and toss aside their clipboards the moment an actor steps into the ‘light’. I don’t mean their spotlight either; I’m talking about the light emanating from the spirit of the moment being shared – whatever that may be. The audience’s collective psyche becomes active and merges with the actor’s willingness for them to be there and to share in the proceedings. That is an honour to be involved in.

We have all been to weddings where the overpowering sense of protocol and expectation stifles any flow and corrupts the very reason everyone has gathered. The air itself seems thin and there’s an undercurrent force and neediness for it all to go ‘just right’. Then you experience something altogether different: same scenario, same circumstances, similar cast of characters, but this time there is no ‘right’ way and the smothering obligation to prove and please isn’t present. What then flows before you and around you is a deep, genuine, heartfelt, funny, awkward, real, honest and immediate sharing – offered without expectation and through generous engagement.

A re-generative process can take place for audience and actor alike when obligation evaporates. The actor is afforded the space to genuinely engage and commit to what is before them – and once this occurs, real creative exploration begins to be summoned.