How to De-role – and why it’s important 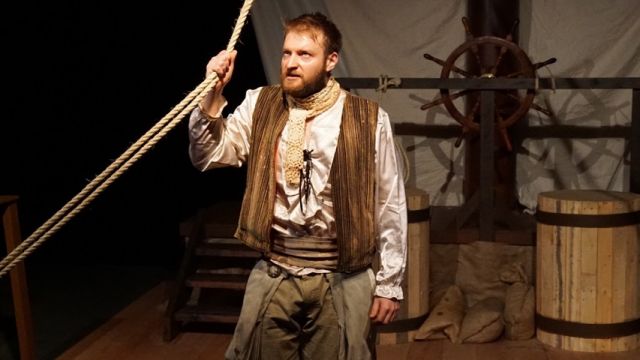 So you get cast in an amazing character role - a bad boy from the wrong side of the tracks, a murderess, a psychopath, a victim of crime, or even a Hamlet or Macbeth. It’s not who you really are – but you immerse yourself in the role: you learn your lines, research your character, rehearse your scenes.

Exploring the dark emotions of a character can be fun and challenging, but… how do you shake off that role so it’s not with you 24/7?

There are some high-profile examples of actors who have been unable to release themselves from a role – think Heath Ledger playing The Joker in the Batman franchise. While it makes for great publicity to hear of the extreme lengths to which some actors go to capture a character for their next blockbuster movie, it’s clear that some actors are causing themselves psychological damage in the process.

To be a great actor it’s not necessary to adopt “method acting” techniques that require you to lose yourself inside a fictional person. There are many less-troublesome techniques that are just as effective. At Perform Australia, we teach acting techniques that help retain an actor’s sense of self; actor training of this kind is valuable to expand your emotional repertoire as part of your professional skill set. But even with good training, the day may come when you must play a more grueling role with an emotional weight that stays with you after the theatre door is locked.

1. Conduct a ‘warm down’. Every actor should be doing a vocal and physical warm-up before a performance, but sometimes it’s necessary to warm down. Stretch and release all the major muscle groups in your body, and as you release the tension, be conscious of breathing out any emotion you’ve retained.

2. Choose a physical activity. Physical exercise, particularly something like skipping with a rope, is an immediate way of releasing tension. Just a couple of minutes of skipping may be enough to get rid of emotional negativity and set off the endorphins. You could also consider jogging, aerobics, dance, swimming, or other full-body activities.

3. Create a ritual. Many actors say that it helps to create a ritual for stepping into a difficult character and then out of it again. This may be as simple as applying conscious thought while putting on your costume for a role, and again while you are taking it off after your role is played. You may like to create some gestures associated with entering the character and some associated with leaving it. You can even add music to this process – a theme song to signal to your subconscious that this latest performance is coming to an end.

4. Debrief with colleagues. Is there someone in your ensemble you need to debrief with? Perhaps another actor impacted by your character’s actions, or the director. Make opportunities to talk things through.

5. Have counselling. If you are having significant difficulties with what your role requires of you emotionally, never hesitate to get counselling support. Chances are, there is something about the character, their context or their experience which is tapping into something of your own. It may highlight something you have yet to resolve personally. So it always pays to work it through with an expert.

Elizabeth Avery Scott is CEO and co-founder of Perform Australia (www.perform.edu.au). She is also a playwright and an actor’s guidance counsellor.