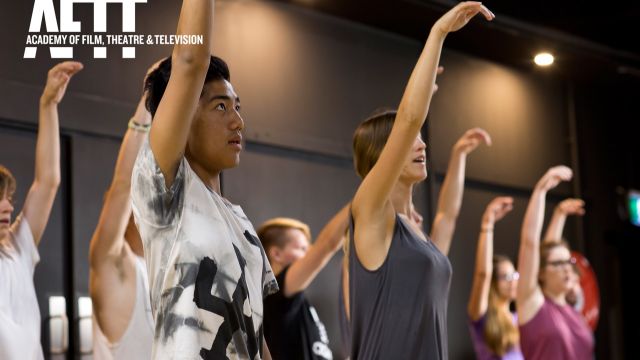 Acting school is an incredible experience and an exciting and immersive way of learning the core principles of acting. The Academy of Film, Theatre and Television (AFTT) in Sydney teaches a diverse range of skills to enhance your confidence to succeed in the industry. However, before starting acting school there are some key things you should know.

You have to throw yourself at the experience.

Performing in front of people isn’t a natural thing for people to do. The nature of acting is “putting oneself out there”. Don’t put your barriers up; jump straight in and get involved. The faster you learn to throw yourself out there, the faster you enable yourself to learn and develop the key skills of becoming an actor. Confidence is a learned skill, and AFTT’s Eric Morris System of acting helps develop this as soon as you start.

Don’t just learn to act for theatre, you need to learn how to act to the cameras too.

Head of the Acting for Stage and Screen course at AFTT, Glen Hamilton says, ‘The adjustment that occurs between acting for theatre and film is in the placement of your audience. The theatre actor uses energy to take their character and acting choices to the very back row of a 500 seat theatre. The film actor lets their audience in through the size of frame of the shot – this can be as magnified as a single tear running down the actor’s face. In film, your audience comes to you – in theatre, you go to them.’

Acting is business too

You may have the skills to become a successful actor, but if you don’t know how to promote yourself, it’s harder to get noticed. Remember that your tutors are also your best immediate connections into the industry after graduating – they’re still working in it today and if you make a good impression during your course they could be your stepping stone into the industry.

Learn to work with others

Not just learning to work WITH others, but making it easier for others to work with YOU too. This includes stage managers and directors. Don’t let your pride take over – help your fellow actors and work together – trust us, you’ll get further that way.

Criticism is part of the whole learning experience, but when it comes to the acting industry, it can be tough. Learn that feedback really matters and you shouldn’t get offended by it. Similarly, if you don’t get a part you auditioned for, don’t let it put you down, let it push you to work harder and do better.

To find out more about the courses available at The Academy of Film, Theatre and Television, visit www.aftt.edu.au