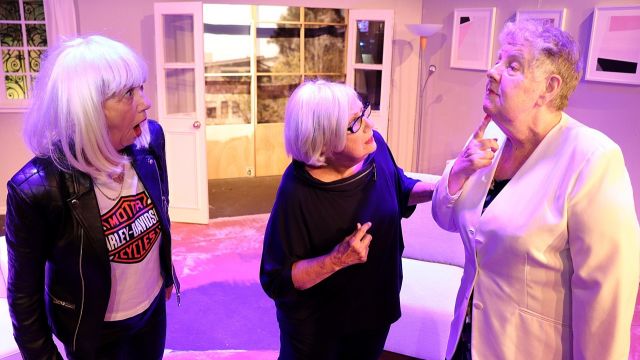 SKELETONS come tumbling out of the closet at a wedding in the November / December 2020 production at Stirling Theatre (WA).

Written by Janet Shaw and directed by Barry Lefort, Full Circle is a black comedy spanning four decades – Dee and Millie haven’t spoken since 1969 and nobody knows why.

Fate took over when their children met and married, forcing them to tolerate each other on social occasions and avoid one another the rest of the time.

When they turn up for their granddaughter’s wedding, plans unravel and a spiral of destruction weaves it way through the proceedings – leading back to what happened that fateful day 40 years ago. “I have read a few plays by Janet Shaw and really like the way she writes about life in modern families,” Barry said.

“She captures the comedic, dramatic and sometimes sad aspects of them.

“Full Circle has all these elements and gives the cast an opportunity to portray these characters as if in real life.

“This show in particular reminds me so much of some of the gatherings we had with my family in England.”

A life member of Stirling Theatre,

Barry joined the group in 1974 after emigrating from England and has directed and performed in a plethora of plays over the years. 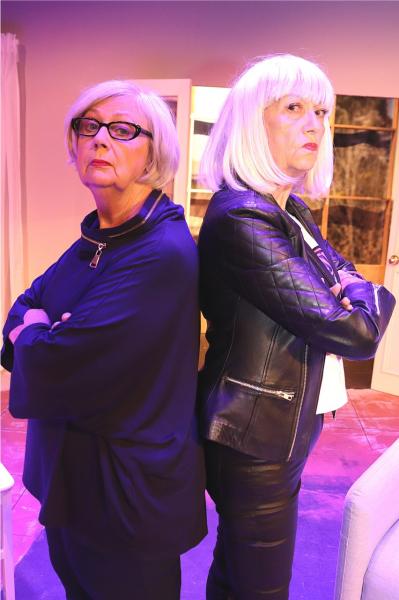 “With Full Circle, I have some very experienced actors in the cast and one or two who have not performed as much, so the challenge is to ensure we work as a team to produce the best possible outcome,” he said.

“A director should always encourage constructive ideas from the team and be prepared to make changes that will add to the enjoyment for both the cast and audience.

“A happy team will produce a great show.” Images: Gloria (Carole Wilson, right) gets to the point with Dee (Ann Speicher) and Millie (Karin Staflund) in Full Circle; Fiona Forster, left, and Gordon Park as Linda and Brian, the parents of Nicola (Kym Norris); the feud between Millie (Karin Staflund, left) and Dee (Ann Speicher) spans 40 years; Alec Fuderer makes a splash as the flamboyant and colourful Wills.