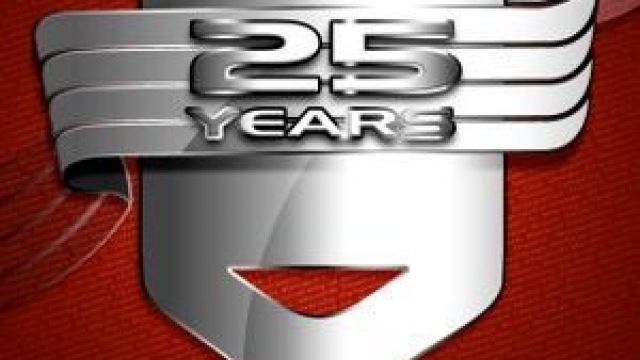 The judges couldn’t split two great productions when it came to choosing Production of the Year at the Music Theatre Guild of Victoria Bruce Awards for Excellence 2011, presented at Frankston Arts Centre on December 10.

Two regional productions, The Boy From Oz from Ballarat’s leading note theatre and Cabaret, produced by Wonthaggi Theatrical Group shared the major award at the 25th Silver Jubilee Guild Awards. The Direction award was also declared a tie between The Boy From Oz and Cabaret directors Stephen O’Neil and Colin Mitchell. Wonthaggi’s Cabaret topped the awards, numerically, with six awards, Elly Poletti aiding the cause with two awards - Female Performer in a Supporting Role and the Gladys Moncrieff Award for First Performance in a Featured Role. Babirra’s West Side Story scored four Bruce Awards, leading note’s The Boy From Oz and Williamstown Musical Theatre Company’s Chicago three each, and CLOC’s Aspects of Love two.

The Edith Harrhy Award for Outstanding Contribution to Musical Theatre was awarded to tireless costumier Dot Parker, while Life Membership was awarded to Frank Simcox.

In an evening, which combined fabulous entertainment with the presentation of awards, the audience was treated to top-notch performances from 18 productions, showcasing both theatre company and school productions, accompanied by a 32-piece orchestra, conducted by Bev Woodford

While so many performances and awards make for a longish night, proceedings were moved along at a relatively brisk rate, the occasional extended pause while winners made their way to the stage aside. In a move that many other awards could learn from, speeches were limited to the major end-of-night awards. As a visitor from Sydney, and a regular attendee of awards nights, I thrilled to this smorgasbord of Victoria’s finest non-professional musical theatre talent in a series of slick numbers on my first (and certainly not last) visit to the Bruce Awards.

Junior Production of the Year, the Scotch College / Presbyterian Ladies College production of The Mikado, received a total of four awards, with the Guild celebrating the achievements not just adult companies, but the work of fantastic work of teachers and students in school musicals. Some terrific stars of the future were featured in the entertainment.

Being a long term participant in Sydney community theatre, I can only wish we had a similar community musical theatre night-of-nights, not so much for the awards, as for the fabulous performing showcase, and the immense sense of the performing community coming together in the foyer before and after the packed house ceremony. I felt a great nostalgia for Sydney’s lost tradition of Combined Musical Society Balls.

For the uninitiated, the Bruce in the award titles is founder Bruce McBrien, who instigated the Guild and the awards.

The judges selected the winners from a total of 105 participating productions, 72 in the Open section and 33 in the Junior section.

Congratulations to all the winners, nominees and performers.

Production of the Year – A Tie

Male Performer in a Leading Role

Female Performer in a Leading Role

Male Performer in a Supporting Role

Female Performer in a Supporting Role

Junior Performer in an Open Production – A Tie

Gladys Moncrieff Award for First Performance in a Featured Role

Junior Production of the Year

The Mikado, Scotch College in conjunction with Presbyterian Ladies’ College

Direction of a Junior Production

Musical Direction of a Junior Production

Junior Male in a Supporting Role

Junior Female in a Supporting Role