A Chorus Line next for Miranda (NSW) 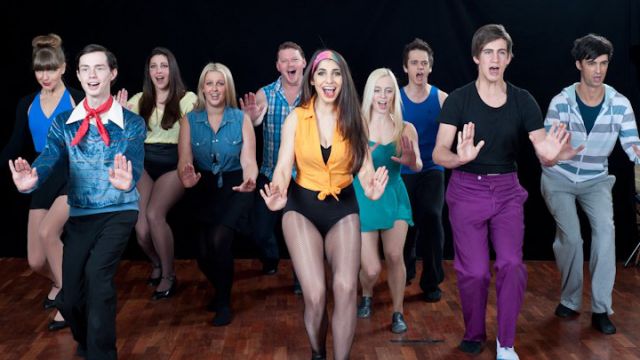 A Chorus Line - the much loved musical based on the unheralded men and women who make up the chorus line – will be presented by Miranda Musical Society at the Sutherland Entertainment Centre (NSW) from September 21 to 25, 2011.

In an empty theatre, on a bare stage, casting for a new Broadway musical is almost complete. For the dancers, this audition is the chance of a lifetime.
It's what they've worked for with every drop of sweat, every hour of training and every day of their lives. It's the opportunity to do what they've always dreamed - to have the chance to dance in the chorus of a Broadway musical.

The original production of A Chorus Line opened on Broadway on July 25, 1975, after an initial sell-out season at The Public Theatre. It was nominated for 12 Tony Awards, winning 9 of them, plus the 1976 Pulitzer Prize for Drama. The production ran for 6,137 performances at the Shubert Theatre until April 28, 1990, after becoming the longest running Broadway Musical at that time on September 29, 1983, a record it held until overtaken by Cats. The musical was based on taped workshop discussions, where Broadway dancers discussed their lives and experiences.

The score features great songs including 'Nothing', 'What I Did For Love' and 'One.'