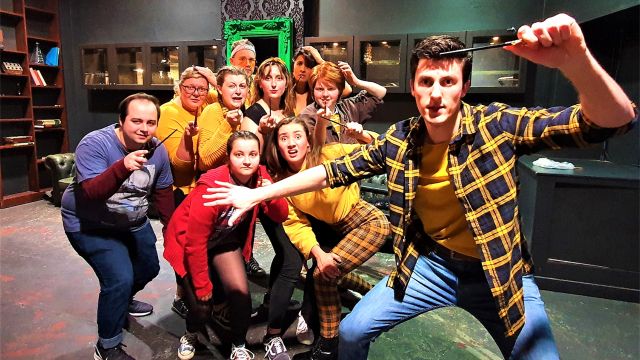 YOU may know of a certain boy wizard who went to wizard school for seven years – but do you know the story of The Puffs, who happened to be there too?

Coming to the Don Russell Performing Arts Centre in WA during November 2020 is the play Puffs by Matt Cox, which also has the alternative title Seven Increasingly Eventful Years at a Certain School of Magic and Magic.

The Art in Motion Theatre Company production is directed by Lys Tickner and described as “a play for anyone who has never been destined to save the world”.

A cult hit since first opening Off-Broadway in 2015, Puffs had a three-month season in Melbourne in 2018. 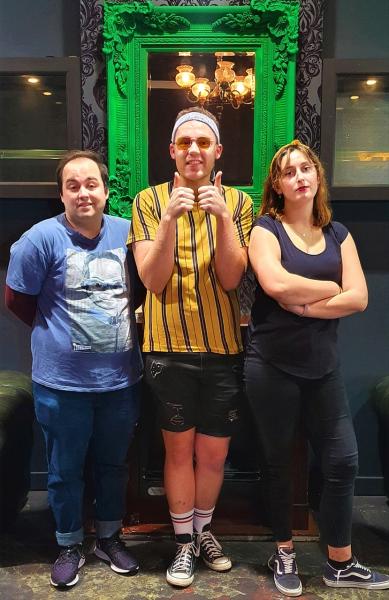 Above: Liam Tickner, left, as Wayne, Terence Smith as Oliver and Niamh Nichols as Megan in Puffs.

“Puffs has a hilarious, friendly and heart-warming tone,” Lys said. “The Puffs are the underdogs of the school, always coming in fourth place.

“It’s a new look at a familiar adventure from the perspective of three new heroes just trying to make it through wizard school.

“The show is an inspired comedy for anyone who has ever felt like a secondary character in someone else’s story.”

The main challenge, according to Lys, is the play’s fast pace.

“Quite a few of the jokes and the comedy would be lost if the pace wasn’t right,” she said.

“And because Puffs is in no way associated with a certain well-known brand, we have to be vigilant about not breaching any copyright laws.” She has gone on to direct Alice in Wonderland, Little Women, Charlie and the Chocolate Factory, Little Shop of Horrors, High School Musical, The Snow Queen and Grease and has been involved in a plethora of productions, either singing, dancing, acting or stage-managing.

In 2018, Lys established the Art in Motion Theatre Company with a group of like-minded people who wanted to put the fun back into theatre.

Earlier this year, she co-directed The Last Five Years at Fringe World, picking up a weekly award in the music and musicals category.

“I haven’t tackled a play for a few years and was introduced to Puffs through the Off-Broadway live recording and could see the challenge in directing such a quick-moving play,” Lys said. 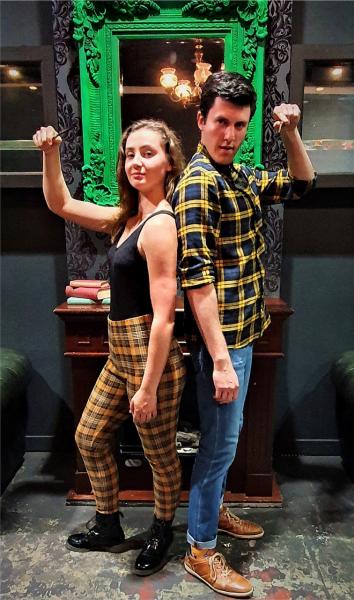 Above: Rebecca Haywood, left, and Thomas McCracken are wizards with wands in Puffs.