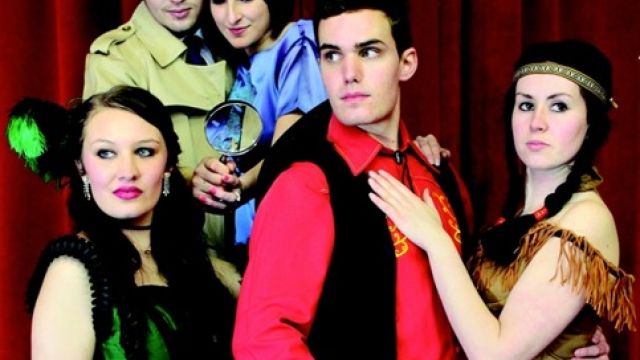 Curtainsis set in a Boston theatre in the year 1959, where the cast and crew of a Broadway-bound musical all become suspects when the show's leading lady mysteriously drops dead onstage while taking her final bow.  Enter Detective Frank Cioffi, one of Boston’s finest, who also happens to be a community theatre enthusiast.  Frank makes it clear from the start that nothing will stop him finding the perpetrator, and the story develops from there through a feast of great songs and dance routines.

Direction is by Pamela Eagleson, a newcomer to DMS but certainly not a newcomer when it comes to experience in producing both musicals and plays. Musical Direction is by Society President, Brendon Dart, and Choreography is by Mandy Winter who is a welcome return to the Society. 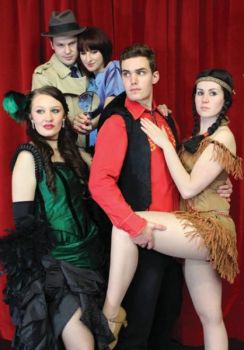 Ben Wilson-Hill, whose last musical role was that of Daddy Warbucks in Annie, makes the transition from New York to Boston (with a new hair-cut) to play the lead role of Detective Frank Cioffi. His list of suspects includes the too-good-to-be-true understudy Niki Harris - played by Stephanie Quaglia in her first lead role for DMS.  But could the murderer be one of the co-writers - Georgia Hendricks or her ex-husband Aaron Fox played by Madeleine Dart and Louis Green. Could he suspect the Producer, or the temperamental Director, or perhaps the show’s investor, a trio of characters portrayed by Deb Warren, Julian Floriano and Daniel Clarke. He’s certainly not going to underestimate the opportunity that Bobby Pepper, the leading man and show’s choreographer has had to commit the murder, or the possibility that the show’s feature dancer Bambi Bernet is up to no good. Bobbi and Bambi are played by Dominic Woodward and Kate O’Neill.  The list of suspects extends to all the cast and crew of the show - what about the Stage Manager, or the old Stagehand who sweeps the stage?  Who will you suspect is capable of murder?