Fame at Koorliny in June 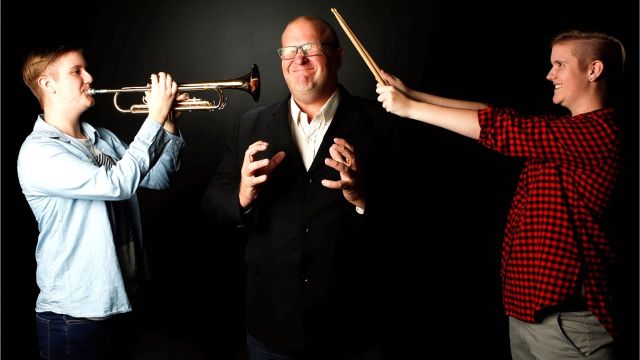 IF YOU remember the name Fame, head to the Koorliny Arts Centre (WA) in June 2018 as the popular musical hits the stage with its combination of singing and dancing.

Presented by Laughing Horse Productions and directed by Cat Rippon, Fame – The Musical follows the highs and lows of students at New York City’s High School for the Performing Arts.

It follows their struggles, triumphs and relationships as they explore ambition, fame, and self-confidence, finding themselves both within the school and in life, from their first year to graduation.

Rippon said she was a student at London’s Royal Academy of Dramatic Art many years ago and now had a passion to direct talented kids. “Fame – The Musical seemed a real journey to depict,” she said. “It also has the reality of the wrong temptations out there for kids in the arts – or anyone, really – which needed to be shown against the fun and frivolities of the show.

“The show wasn’t difficult to cast at all and the talent was there from the start.

“All the kids are going through their own life journeys and the difficulty is separating their reality from their characters.

“But it makes it real – the cast were certainly invested in creating their characters, which brings the show to life.”

First performing as a seven-year-old, Rippon acted professionally in the UK and has appeared in numerous productions over the years with some of her favourite local appearances at the Mandurah Performing Arts Centre and with Murray Music and Drama in Beauty and The Beast, My Fair Lady, Fiddler on the Roof and Les Miserables.

Rippon also started 9 Lives Theatrical Production Company in 2007, after directing for three years, to give children stage opportunities – but closed it down last year due to work commitments.

She also teaches musical theatre at the All About Dance Company once a week.

“I think a lot of people in the arts identify with the Fame movie because it was the first of its kind at the time,” Rippon said. “When directing I never look at what has been done before – I tell my cast to bring their own personality to the characters because the script gives you all you need.

“I read the script three times – once as an audience member, then as a cast member to dissect the characters and finally as a director and production team member, which helps give me the knowledge of how to stage the show.

“I do all this before auditions and that way I have the confidence to live the show through the actors and everyone involved.”

The Koorliny Arts Centre is on Sulphur Road, Kwinana.

Images (from top): Em Bialis, left, and Phil Bialas, right, get ready to make some noise in Fame – The Musical, much to the chagrin of Darren Gould; Some of the cast of Fame – The Musical: Cat Maree Perez, left, Wyatt Gordon, Liam Gould and Matthias Zver, at back, and Paige Montebello and Mikayla Wyartt, at front, and Lili Thoms, left, Josh Vickery and Robert Kett, at back, and Em and Phil Bialas, at front. Pictures: Viva Photography Rockingham.