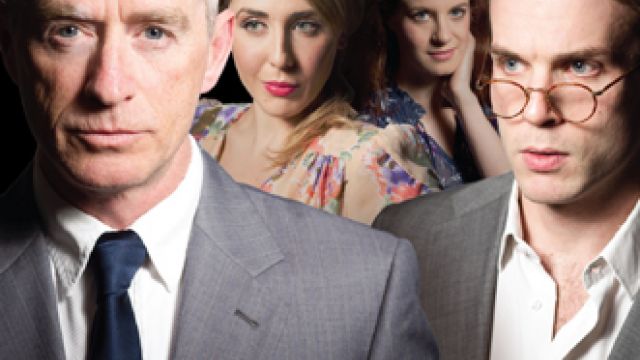 New Theatre (Newtown, NSW) presentsThe Farnsworth Invention by Aaron Sorkin, the writer of The Social Network and The West Wing, from July 13 – August 13, 2011.

The Farnsworth Invention is the true story about the birth of television and how one man dared to take on the might of corporate America, packed with industrial espionage, family tragedy, financial disaster and the thrill of discovery.

Before ‘the social network’ there was television. In 1929, David Sarnoff, a Russian-born New York broadcasting tycoon, and Philo T. Farnsworth, a self-taught electronics genius from rural Idaho, battle for the rights to one of the greatest inventions of all time.

As the ambitions and egos of two visionaries clash over the ownership of a patent potentially worth millions, just one lapse, one error of judgement and the other will gain the edge.  New Theatre’s Artistic Director Louise Fischer, who is directing The Farnsworth Invention, says, “I love this play for its energy and size - it’s classic epic storytelling. The two protagonists – Sarnoff and Farnsworth – battle brilliantly on so many levels.”

Anyone familiar with Sorkin’s work will know his consummate talent for writing snappy, nuanced, multi-layered dialogue.  “The problems and conflicts are deliciously recognisable, the motivations so understandable, and the characters leap off the page and at each other’s throats,” says Fischer. “As a story-teller, Sorkin is just superb.”

Corporate greed and the power of monopolies feature strongly as themes in the play and the questions posed by Sorkin are insightful and highly relevant.  “It challenges us to consider the price paid in achieving corporate goals. As he did in The Social Network, he has crafted a modern morality tale,” says Fischer. “I know that makes it sound like a really serious play but it’s not. The Farnsworth Invention is incredibly entertaining and it’s got some of the best one-liners I’ve ever heard.”