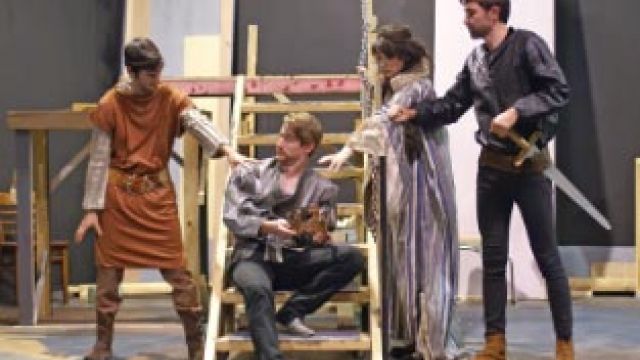 So firmly is James Goldman’s play entrenched in the mythology of Broadway that it is sung about in the musical, Fame, rhyming: ‘…The Lion in Winter, … Brecht and Harold Pinter.’

Heidelberg Theatre Company has chosen a play which is part of their history, James Goldman’switty story of a dysfunctional royal family, The Lion In Winter,to begin their 60th Anniversary year in February. It harks back to the company’s successful 1983 production. 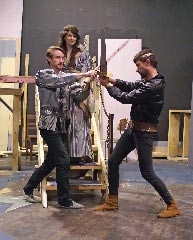 Henry II of England has called his family to his castle at Chinon, including his sons, Richard Lionheart, Geoffrey of Brittany, and that same Prince John - in this play a mere adolescent - who later persecuted Robin Hood. Henry has released his wife, Eleanor of Aquitaine, from her prison-castle to join them for Christmas court. He had put her there ten years ago as punishment for raising an army against him. Philip, King of France, is coming too, while his sister, Alais, needs no invitation. She lives with Henry as his mistress.

The business of the gathering is not merely festive, however. Henry is getting older, he needs to choose an heir. And this family is one in which political cleverness comes well before motherly love or brotherly loyalty. 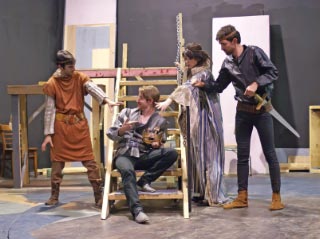 Katharine Hepburn won an Oscar in the original 1968 film version, alongside Peter O’Toole and a young Anthony Hopkins (in his screen debut). Patrick Stewart and Glenn Close appeared in the 2003 remake.

Playwright James Goldman professed himself amazed that ‘the play is still alive, {and} speaks as clearly as it does to younger audiences’. So its longevity – it premiered in 1966 – comes from more than mere fame. Its story strikes at the heart of every dysfunctional family, at the hopes and disappointments of thwarted ambition and love. (It can be very funny too.)

The company welcomes Karen Wakeham, who has directed for many non-professional companies in Melbourne, in her first directorial role at HTC. The cast includes Juliet Hayday as Eleanor of Aquitaine, and Chris McLean as Henry II. As their sons, Tom Stammers is Richard, Timothy Camilleri Geoffrey and John Murphy John, while Kieran Tracey plays Philip and Julia Christensen, Alais. 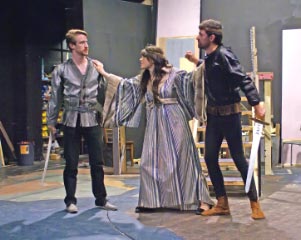 Wendy’s costume work is remembered on Heidelberg’s original production, in which she also played Eleanor, with some items from that show returning to the stage for which they were created.

The Lion In Winterby James Goldman