Last Of The Red Hot Lovers at Wyong 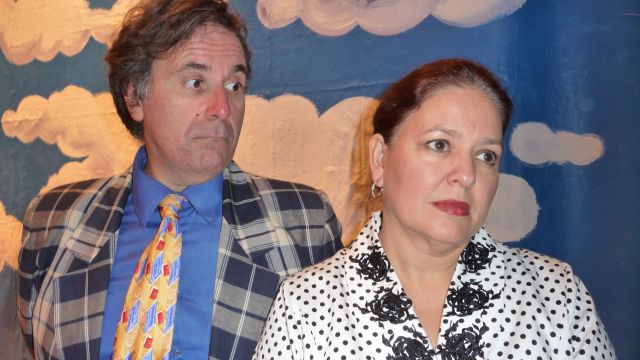 The August production from Wyong Drama Group (NSW) is Neil Simon’s Last Of The Red Hot Lovers (1969), which touches on the sexual revolution that was just beginning in the 1960’s.

Neil Simon is one of America’s most prolific, successful and popular playwrights and has written numerous plays and musicals over the years. Other well known Neil Simon works include Barefoot in the Park, Sweet Charity, They’re Playing Our Song, The Odd Couple and Plaza Suite, the last two having been presented by Wyong Drama Group in previous years.

The action revolves around Barney Cashman who is middle aged, married and the owner of a fish restaurant in Manhattan.  Barney wants to join the sexual revolution before it is too late. On three different afternoons over the course of a year Barney brings the objects of his affections to his mother’s apartment. The first is Elaine Nevazio, a somewhat attractive women in her late thirties with an air of desperation about her.  Elaine likes cigarettes, whiskey and men, other than her husband. The second is Bobbi Michele, an actress who Barney discovers is both goofy and paranoid. And finally the desperately depressed wife of his best mate Mel, Jeanette Fisher.

Discounts for groups of 10 or more

To book, you can phone WDG’s booking line on 4353-4353 from   For more information, see the drama group’s website at www.wyongdramagroup.com.au