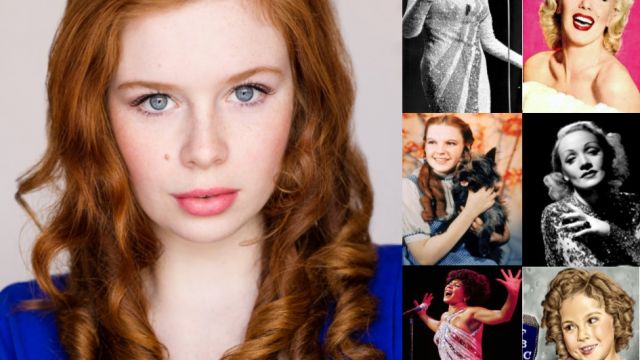 Little Voice has a knack for impersonating famous divas, and Debbie Nielsen, who takes on the title role in Lane Cove Theatre Company’s production of The Rise and Fall of Little Voice, comes to the part with the advantage of already having played a Monroe-esque starlet and Judy Garland’s signature role.

The Lane Cove Theatre Company will present its Autumn season of The Rise and Fall of Little Voice for a strictly limited season at the O’Kelly Theatre, Saint Ignatius College, Riverview (NSW) from 10th-13th April.

Originally a play and then adapted into a movie starring Michael Caine, Brenda Blethyn and the incomparable Jane Horrocks, this is a mesmerising piece of theatre.  It is the winner of the Olivier Award for Best Comedy.

The play tells the story of a shy, reclusive girl named Little Voice and her larger than life, out of control mother Mari. Desperately missing her dead father, Little Voice spends her time locked in her bedroom listening to his old record collection and perfecting astonishing impersonations of famous divas including Shirley Bassey, Marilyn Monroe, Judy Garland and Dusty Springfield.

When Mari starts dating small time club agent Ray Say, she thinks he's her last chance for a better life. When Ray Say hears Little Voice sing, he thinks she's his ticket to the big time. Little Voice just wants a normal life and to be loved. Not everyone is going to get what they want.

Debbie Nielsen last played a Marilyn Monroe-esque starlet in Lane Cove’s production of Come Blow Your Horn and the role of Dorothy Gale in Strathfield Musical Society’s production of The Wizard of Oz. Debbie is relishing in her role as Little Voice, giving her an opportunity to morph into many of her childhood idols.

Director Christine Firkin first met Debbie at the auditions for 'Wizard of Oz' at Strathfield Musical Company. She knew straight away that not only was Debbie the top contender for the role of Dorothy, there were moments even at the audition stage where you could swear you were looking at and listening to Judy Garland. As the rehearsal period progressed these moments became more and more prevalent. The common opinion by show time was that our Debbie was better than the original 'Dorothy'. But it's not only her talents for imitating other artists that appealed to Christine as a director. “Debbie has a wonderful work ethic as she is always prepared for rehearsals, always takes and remembers direction. She's a director's dream!

“I would like to tell you that I have been instrumental in unearthing the many characters that Little Voice speaks through...but I wasn't. I may have found a few references but it was Debbie herself who did the research and the hours of practice to give a very believable representation of the Divas. My favourite? Debbie Neilson singing as Debbie Neilson.”

Debbie would have to say that “Judy Garland would be my favourite to impersonate however it's heaps of fun taking off taking off Marilyn as well as she had so much charisma and charm. I've found Little Voice to be a very challenging role as I'm committed to doing the impressions as spot on as possible, so this has meant many hours poring over YouTube replaying songs of each impersonation and studying everything from the rhythm and tone of their voice to the way the carry and hold themselves and any little ticks they have”.

Written by Jim Cartwright and directed by Christine Firkin, this wondrous musical play is on its way to the North Shore. The production features Wendy Morton as Mari, Nick Bolton as Ray Say, Kevin Weir as Mr Boo, Michelle Bellamy as Sadie, Mark Reiss as The Phone Man, Luke Reeves as Billy and the utterly mesmerising Debbie Neilson as Little Voice.

The Rise and Fall of Little Voice opens at the O’Kelly Theatre, Saint Ignatius College Riverview on 10th April and runs for five performances only until Sunday 13th April.  Bookings can be made by phoning 1300 306 776 or www.mca-tix.com.au

For more information go to www.lanecovetheatrecompany.com