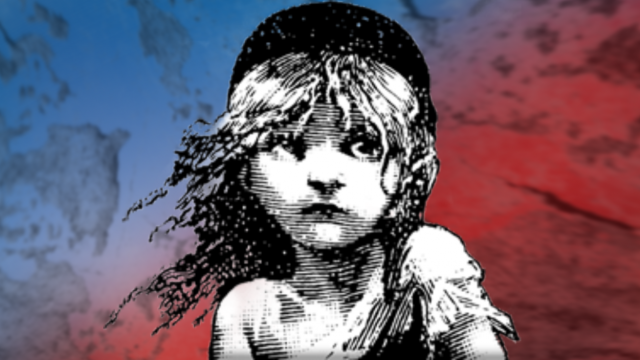 Manly Musical Society’s 10th Anniversary production of Les Misérables will be playing at Glen Street Theatre from 19 April 2019 for 11 performances only. Tickets are available now from www.glenstreet.com.au/whats-on/les-miserables-0

Based on the novel by Victor Hugo, Les Misérables details the trials of France’s lower class and exemplifying the triumph of human spirit. Its uplifting message of hope, its grand epic tale and glorious music has made it the longest running musical of all time.

Playing the iconic role of Jean Val Jean is James Hurley while Joshua Rogers will play Valjean’s lifelong antagonist Javert. The role of Fantine will be performed by Keira Connelly while the hilarious yet villainous roles of Monsieur and Madame Thernadier will be played by Garth Saville and Sally Redman. Liz Cornwall will play Eponine with Isabelle Kahout as Cosette. Playing Enjolras, the passionate student leader of the revolution is Reece Lyndon with Sam Hamilton playing the love-struck revolutionary Marius.

The child role of Gavroche is being shared by Luke Antcliffe and Harrison James. Little Cossette will be jointly performed by Charlotte Blenkhorn and Amelie Rose while the role of Young Eponine will be played by Vanessa Jackson, Jaime Antcliffe and Emily May.

Director of the production, Rod Herbert, says “After auditioning a staggering 205 people for this production, I can confidently say that we have assembled the most incredible cast of performers who will blow our audiences away. This show has always been at the top of my bucket list for years, so I am absolutely thrilled to be directing this alongside this fantastically talented cast and creative team. Bring on April!”

President of Manly Musical Society, Matilda Dwyer, says "We are extremely grateful for the opportunity to bring such an impactful theatrical experience to audiences for our 10th Anniversary Production and were overwhelmed with the level of interest and support in the production. The breadth, diversity and talent of our cast and production team is coming together to produce something truly great."

Set against the backdrop of 19th-century revolutionary France, Les Misérables tells the enthralling story of broken dreams and unrequited love, passion, sacrifice and redemption. Ex-prisoner Jean Valjean is hunted for decades by the ruthless policeman Javert after he breaks parole. When Valjean agrees to care for factory worker Fantine’s young daughter, Cosette, their lives change forever.

The score features songs including “I Dreamed A Dream”, “On My Own”, “Stars", “Bring Him Home”, “One Day More”, “Do You Hear the People Sing” and many more. This epic and uplifting story has become one of the most celebrated musicals in theatrical history. Along movie version, it has now been seen by more than 130 million people in 44 countries and in 22 languages around the globe since it first premiered in London in 1985.