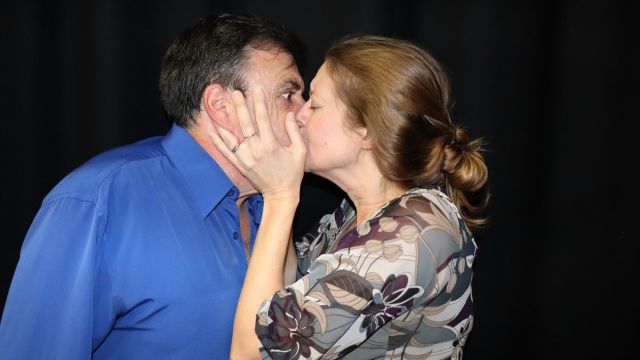 WHAT happens when your best friend dreams about your wife – on the night your wife has the exact same dream about him?

It’s an idea explored in Marble, written by Irish playwright Marina Carr and directed by Rodney van Groningen, at Marloo Theatre during February and March 2018.

Art and Ben work for the same company, their lives controlled by board meetings and high-level presentations.

They have been friends since childhood and both have beautiful stay-at-home, self-indulgent wives.

Art idly tells Ben he has dreamt of his friend’s wife as a blonde, wildly fulfilling sexual partner in a room lined with marble and decorated with marble statues.

Disturbed, Ben then finds his wife Catherine has had a similar dream about Art.

Playwright Carr is the author of more than a dozen critically-acclaimed plays and has received the 1998 Irish Times Playwright Award, EM Foster Prize from the American Academy of Arts and Letters and the Windham-Campbell Prize, one of the world’s most lucrative literary honours. 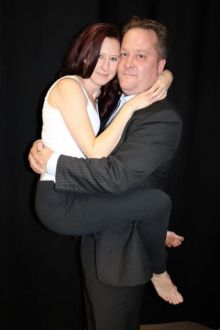 “It explores how those who have it all cope with the dull routine of everyday life – and how far will they go to escape it.

“Love becomes an issue rather than an experience and an object of unattainable desire that must be suppressed.

“I think the staging of the play will be a challenge, especially achieving the balance between dream and reality during the scene changes.

“A room almost becomes the fifth character in the play.”

Involved in theatre for more than 35 years, van Groningen started at Garrick Theatre in 1981 and has since appeared in plethora of productions with Marloo, Garrick and KADS Theatres and the Graduate Dramatic Society.

He also appeared at the Regal Theatre in ‘Allo ‘Allo with Serial Productions and is often a part of the backstage crew at Marloo and Garrick Theatres.

“When the opportunity to direct Marble presented itself, I was inspired by the material,” van Groningen said.

“Marina Carr is a renowned Irish playwright – and working with a cast of this calibre, featuring four of Perth’s top actors, was something I could not pass on.”

Marloo Theatre is at 20 Marloo Road, Greenmount (off Innamincka Road).