Next to Normal for Melville Theatre 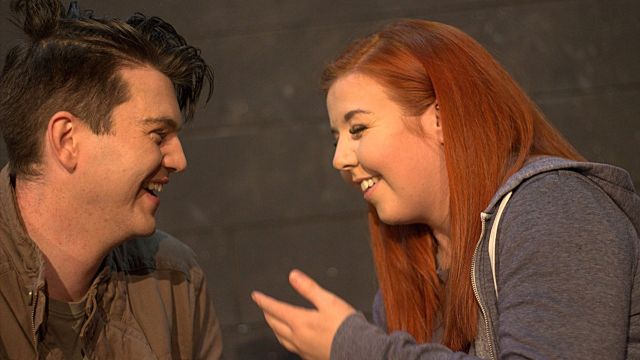 A MUSICAL about mental health is making its way to Melville Theatre (WA) from August 21, 2020.

Written by Tom Kitt and Brian Yorkey and directed by Craig Griffen, Next to Normal focuses on a mother struggling with worsening bipolar disorder and the effects managing her illness has on her family.

Diana Goodman has tried to balance sanity, happiness and her commitments over the past 16 years but her disorder takes a turn for the worst and her husband, children and doctor try to help her through the struggle.

The show takes audiences into the minds and hearts of each character, presenting the family’s story with love, sympathy and heart. Next to Normal has three Tony Awards and a Pulitzer Prize to its credit and was named one of the year’s 10 best shows by US critics on its debut.

“While we’re certainly much more willing to discuss mental illness now than 10 years ago, it’s definitely something we still need to keep pushing out into the open, shine a light on and sweep away social judgments that leave so many ill people without care.

“I have a personal connection to the subject – I was diagnosed with a both a depressive and anxiety disorder 11 years ago and it’s still something I struggle with and seek help for to this day.

“I wanted to have the opportunity to put some of my personal experience onto the stage in a piece that wasn’t afraid to go to the dark places these issues can take us.” Involved in theatre from age 10, Griffen first appeared on stage in WA in Hairspray and The Wizard of Oz at the Koorliny Arts Centre – and was named “best other than a lead male in a musical” for both roles at the annual Finley Awards.
He has worked as a director, production designer, producer and behind the scenes for Fresh Bred Productions onCloser, The Last Five Years, Spring Awakening and Sweeney Todd.

Last year, he picked up several nominations and the technical achievement award for his work as director, designer and puppet-builder on The Lion, The Witch and The Wardrobe at the Koorliny Arts Centre.

“With Next to Normal, the subject matter is obviously a difficult thing to handle,” Griffen said.

“Coming into it with my personal experiences, working on the show naturally brings up a lot of difficult emotions for me.

“Navigating those emotions and re-directing them into the work is a tough thing to do. “Next to Normal is also a very intense show for the cast – they have to go to some dark places throughout the show, all while singing a non-stop score with a rock band playing along with them.

“Supporting them through that is really one of my biggest roles while directing the show.”