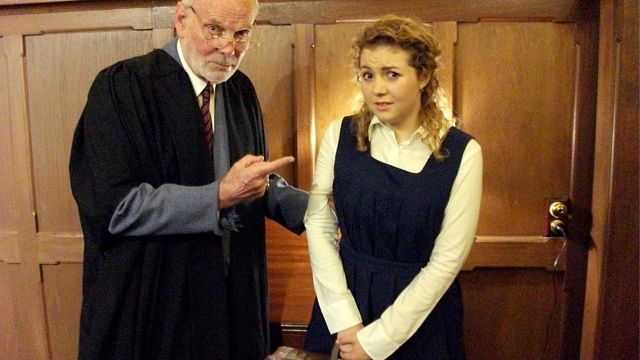 JOLLY tricks, midnight feasts, strict schoolmistresses, hockey matches and lashings and lashings of ginger beer are the cornerstone of the latest play at South Perth’s Old Mill Theatre from November 25.

Written by Denise Deegan and directed by Susan Lynch, Daisy Pulls It Off is a family-friendly parody of wholesome adventure stories set in 1930s English girls’ boarding schools.

The play follows Daisy Meredith as she overcomes snobbish prejudice from her wealthier peers and searches for missing treasure that could save her exclusive school.

First staged in the UK in1983, the production won an Olivier Award and Drama Theatre Award for best comedy. Lynch said anyone familiar with Enid Blyton’s Secret Seven and Famous Five books would immediately be comfortable in Daisy’s world.

“The play has all the obligatory characters, including a shining head girl who’s an example to all, a horrible posh girl, school toadie and the plucky heroine Daisy with her faithful chum Trixie,” she said.

“Above all, there’s a mystery to solve – Daisy and Trixie try resolve Grangewood School's dilemma while Daisy unravels her own personal mystery at the same time.

“Essentially, Daisy Pulls It Off is a lot of nostalgic fun.”

Admitting to having a soft spot for anything in this genre, Lynch said she liked to mix her serious theatrical work with lighter productions such as this.

“While the show sometimes gets a run as a high school production, it hasn’t been staged on the Perth theatre circuit for some time and I wanted to change that,” she said.

“Theatre audiences will love Daisy Pulls It Off because it's a chance to see something a bit different while sharing in some light-hearted escapism.” Directing in Perth for the past 13 years, Lynch has staged productions with the Old Mill, Harbour, KADS and Melville Theatres and the Graduate Dramatic Society.

In 2002, her production of Out of Order was runner-up best play in the annual Finley Awards and she received a best director nomination for The Shape of Things in the 2009 awards (also taking third place in the best play category).

While Daisy Pulls It Off has a young cast, Lynch found their enthusiasm has injected her rehearsals with passion and vitality.

“Creating the atmosphere of a classic English girls’ school is my greatest challenge but I love this era and can't wait to get all the costumes and set ready,” she said.

The heritage-listed Old Mill Theatre is on Mends Street, South Perth, opposite the Windsor Hotel.

Images: David Champion is Mr Scoblowski and Zoe Cole is Daisy in Daisy Pulls It Off; Zoe Cole; ;Anna Peluso, left, is the young headmistress Miss Gibson and Zoe Cole.