The Pirates of Concord 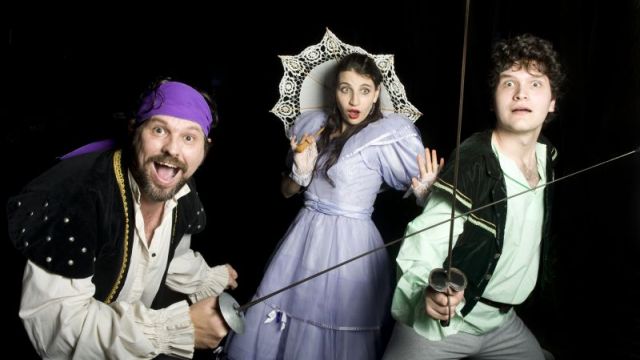 The Pirates of Penzance tells the story of a young pirate apprentice, Frederic (Rick Woodhouse) who is celebrating his 21st birthday, and the end of his apprenticeship.  He tells the pirates, including the Pirate King (Ray Pittman) and his faithful nurse, Ruth (Rhonda Walzcak) that he is leaving the pirate life forever. When he reaches the shore, he meets a group of beautiful maidens, including the lovely Mabel (Jessica Di Bartolo) who offers to help him reform. The rest of the pirates soon appear, and are delighted with their capture of the maidens for wives – but they are saved by their father, Major-General Stanley (Robert Chard).

When the hapless Sergeant of Police (Cameron Anderson) and his policemen enter to fight the pirates, mayhem unfolds, and after several plot complications, everyone lives happily ever after!

This ever popular Gilbert and Sullivan operetta features such classics as ‘With Cat Like Tread’, ‘Poor Wondering One’, ‘Tarantara’ and ‘I am the very model of a Modern Major-General’. The production team is Director: Peter Adam, Musical Director: Alan Steedman and Choreographer: Wendy Twiner