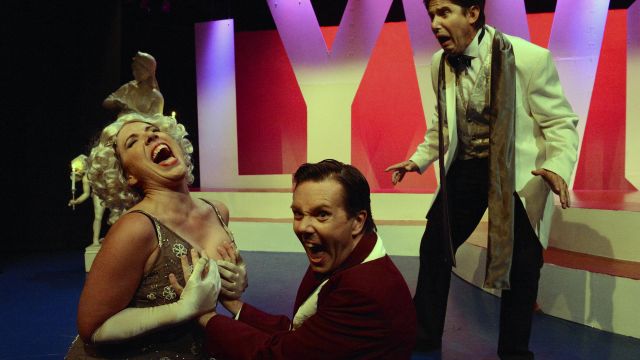 Austrian impressario and director Max Reinhardt - determined to inflict culture upon 1934 Hollywood - persuades Jack Warner of Warner Bros to pay for a film of Shakespeare’s immortal comedy A Midsummer Night’s Dream. But when the real Oberon, King of the Fairies, and his magical sidekick Puck appear on the set to discover the dreadful liberties being taken with their story, no mere mortal is safe. To make matters worse, Oberon falls in love, with a human woman! And as everyone knows, all is fair in love and war. Or, in this case, love and the mad, mad world of making movies.

‘Shakespeare in Hollywood is a romp from beginning to end,’ says director Paul Stzelma. ‘Like Ken Ludwig’s other great hit, Lend me a Tenor, the play invites the audience to sit back, forget their worries, and laugh. It’s been a real labour of love for me and the cast to stage this larger-than-life production, and we’re all tremendously excited about it.’

Shakespeare in Hollywood opens at the Pavilion Theatre on Friday, February 1stand runs until Saturday, February 23rd.  Bookings at www.paviliontheatre.org.auor from the box office 9634 2929.