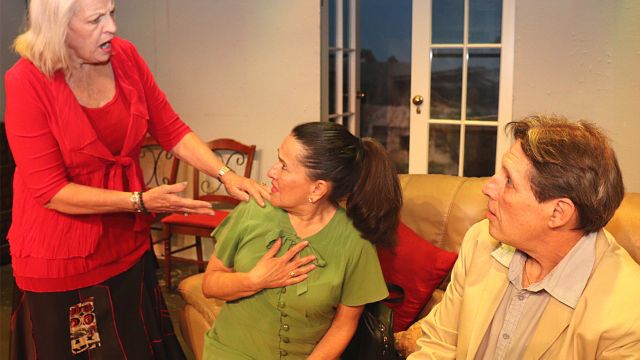 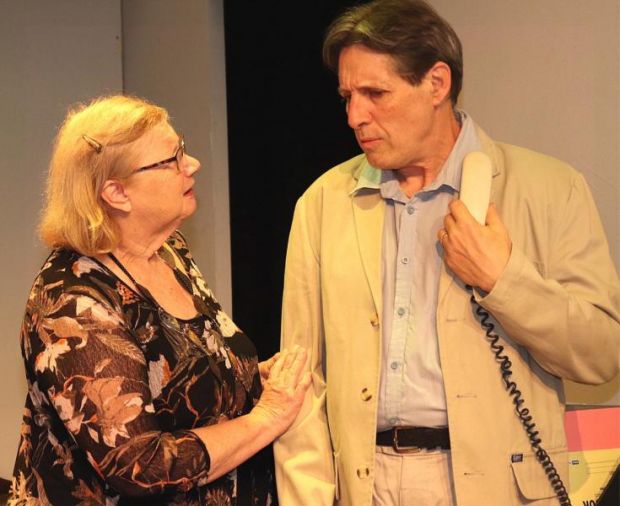 Janet has chosen to update the play from its 1980s setting to the present day.

“What directly inspired me was finding a copy of the script when I was in the theatre office,” she said.

“I previously directed Durbridge’s A Touch of Danger in 2011 and was familiar with his style.

“My husband Tom also directed two of his plays at the old Stirling Theatre in Cedric Street. “I am a big fan of crime stories and have Agatha Christie’s entire collection of books, her biography and many of her plays – I have directed six of them.”

The main challenge with The Small Hours, according to Janet, is the set.

“The first scene is aboard an aircraft and we’ve been lucky enough to find two genuine airline seats,” she said.

“They’re on a small thrust stage, right in front of the proscenium, with the remaining scenes in the living room of a hotel.”