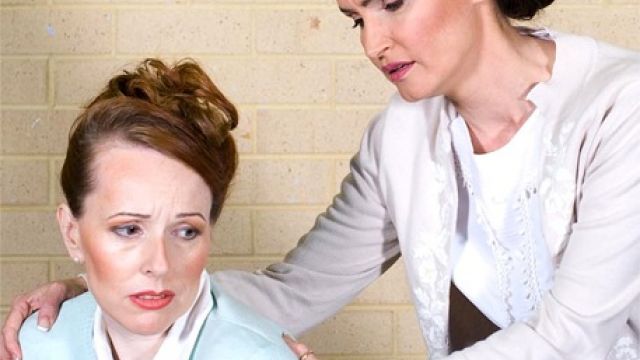 But it’s not just a recent phenomenon, as evidenced in a play from the Judaen Theatre Company (W.A.) this November.

Written in 1934 by Lillian Hellman and directed by Isaac Ellison, The Children’s Hour follows two teachers who are accused by a disgruntled student of having a lesbian relationship.

The accusation subsequently ruins the women's careers and lives.

The play is based on a historical incident in 1810, where a student alleged two teachers at an Edinburgh boarding school were having an affair and, within days, all students had been removed.

It has previously been made into two Hollywood films: These Three in 1935 and 1962's The Children's Hour with Audrey Hepburn and Shirley MacLaine.

Ellison said he has been a Lillian Hellman fan for some time and the strong, dramatic impact of the play appealed to him

“Of her many plays, this is my favourite,” he said. “The opportunity of directing an all-female production for the first time also appealed to me.

“This play has not been performed in Australia for a long time and we’ve reverted the setting to the mid-1930s, instead of making it modern-day as they did in 1961.

“Essentially, The Children’s Hour looks at how easily a community can almost instantly turn against people who they once held in esteem.”

Involved in performing for more than 30 years with the Judaen Theatre Company in Melbourne and Perth, Ellison has produced, directed and acted in a plethora of productions since the mid-80s.

He says his biggest challenge with The Children’s Hour is directing eight children between 12 and 14, along with the two lead actors.

“I’m dealing with a cast who are expected to bare their innermost feelings, where relationships are not always what they seem to be on the surface,” Ellison said.

“The main message is relationships are never simple and no one has the right to decry someone’s choice in a relationship simply because it is not acceptable to the general public.”

The Dolphin Theatre is located within the University of WA with entry from Mounts Bay Road or Hackett Drive.

Image: Catriona Coe, left, is Martha Dobie and Nina Deasley is Karen Wright, two teachers threatened by a malicious rumour in The Children’s Hour this November.