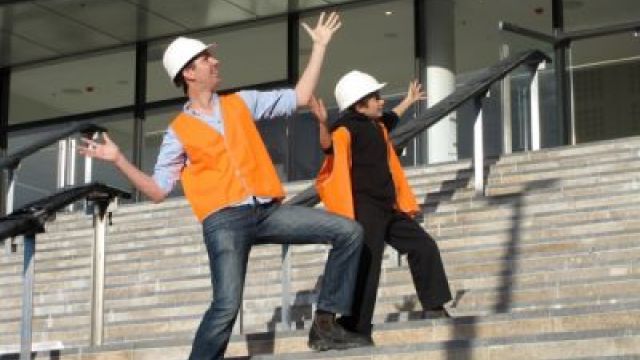 Willoughby Theatre Company (NSW) is gearing up to be the opening act with their production of The Boy From Oz when The Concourse opens later this year in Willoughby. The Concourse is a $150 million arts complex in the heart of Chatswood.  The theatre seats 500 patrons.  It is a two tiered raked proscenium arch theatre with fly tower and orchestra pit. It is one of the most technically sophisticated new theatres in Sydney. The Concourse also contains a 1,000 seat Concert Hall, Function areas, an underground library, restaurants and open garden areas.

The Boy from Oz will feature a cast of more than 50, which heralds the return of the BIG show reputation that Willoughby was famous for before the group had the leave the old Bailey Hall to make way for the new and exciting Concourse.  Their past shows of this size have included Titanic (Australian premiere), 42nd Street, The Scarlet Pimpernel (Australian Premiere), Beauty and the Beast, Cats, Witches of Eastwick and Zorba (Australian premiere)