The Art and History of Puppetry 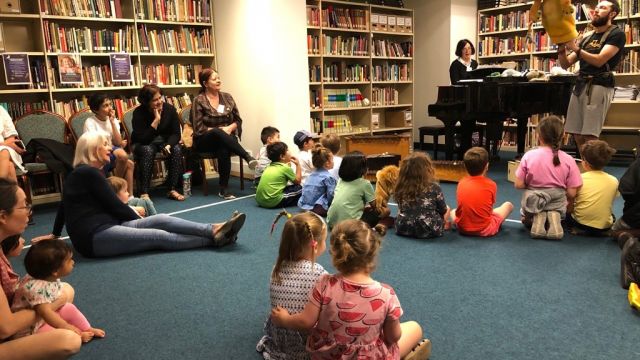 Are puppets all child’s play? Not according to Susan Mills. The archivist for the S,B&W Foundation says that puppetry is a universal, ancient artform which is for everyone.

Historians believe puppetry developed spontaneously from religious rites and rituals in societies, where objects represented gods and deities. From there, the entertainment and storytelling art of puppetry was born.

Clay and ivory puppets have been found in Ancient Egyptian tombs. The Ancient Greek philosopher Xenophon wrote about an entertainer from Syracuse present at a banquet with his ‘neurospasta’. This roughly meant ‘to pull threads’ of ‘marionette puppets’. 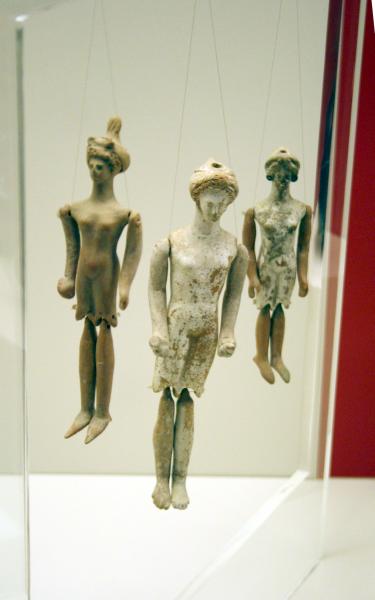 Indian legends tell of the divine creation of puppets when the God Shiva and his wife Parvati inhabit two wooden dolls, making them dance beautifully. The artisan who made the dolls is said to have been inspired to invent a system of strings so he could make them dance himself.

In Japan, a style of puppetry called Bunraku evolved in Osaka. The large puppets are operated by three visible puppeteers with their hands and rods, accompanied by chanting narration and shamisen string instruments. A performance of Bunraku can last for hours. This style can be seen The Lion King character of Timon.

Puppets range from simple finger puppets to Jim Henson’s fantastical world of Muppets and films such as Labyrinth and The Dark Crystal. There are shadow puppets, rod puppets, and string puppets.

Marionettes, or ‘string puppets’, allow lifelike movement of heads, fingers and knees. Further head mechanisms move the jaw, eyes and eyelashes. ‘Marionette’ means ‘little Mary’ in French, a reference to biblical puppetry of the Middle Ages. Usually, marionettes have around 10 strings. The Salzburger Marionettentheater use up to eighty!

In Australia, puppetry after European settlement was influenced by British traditions of ‘Punch and Judy’. Amateur hand puppet and marionette productions became popular from the 1940s.

The Marionette Theatre of Australia

In 1965 the Marionette Theatre of Australia was founded by Peter Scriven and the Australian Elizabethan Theatre Trust. Previously in 1956, the pioneering puppeteer had staged his ground-breaking puppet musical The Tintookies - the ‘little people’ from the sandhills. It was the first large-scale puppet show in Australia with unique local themes.

For more than 20 years, they entertained Australian families, and toured Europe and Asia. By 1983, the company had its own theatre in The Rocks, until closing in 1988.

Deep in the Seaborn, Broughton & Walford Foundation archives collection in Sydney, safe and sound in their custom-made calico ‘sleeping bags’, are many of the company’s surviving puppets.

A warehouse fire in 1969 destroyed 350 of their early puppets. There are 150 surviving puppets in the collection. They include The Explorers, The Magic Pudding, The Water Babies, Tales from Noonameena, The Magical Tintookies Return, The Mysterious Potamus and Sydney Coves.

The Magic Pudding, first performed in 1960, is based on the 1918 children’s book - written and illustrated by Norman Lindsay, who also drew the characters for the puppet designs. Bunyip Bluegum (a koala), Bill Barnacle (an ex-sailor), and Sam Sawnoff (a penguin) are favourites.

The little people made a triumphant comeback in the 1975 revival The Magical Tintookies Return, featuring new pupets based on the 1956 originals that were destroyed in the warehouse fire.

Image: The Magical Tintookies Return in 1975.

The Mysterious Potamus (1979) puppets were designed by Norman Hetherington, the creator of the popular Australian television puppet Mr Squiggle, and made by Ross Hill, who later worked as a designer and builder at the famed Jim Henson’s Creature Shop.

Image: Harry the Hippopotamus, a rabbit, and Leo the Lion from the production of The Mysterious Potamus in 1979.

Puppetry now and in the future

Puppetry is an overlooked art form. Puppets are an important part of the human tradition of storytelling. Recent examples include The Lion King, War Horse and the King Kong musical. In Australia, Bluey’s Big Play featuring bunraku style puppets has been a recent hit!

In 2019, the Seaborn, Broughton & Walford Foundation and the Horizon Theatre Company held puppet shows for the North Sydney Children’s Festival in our library and events space. The children were delighted to use music to help wake up the puppets from the Foundation’s collection! Many grown-ups were also entranced, recalling the popular puppets from their own youth. 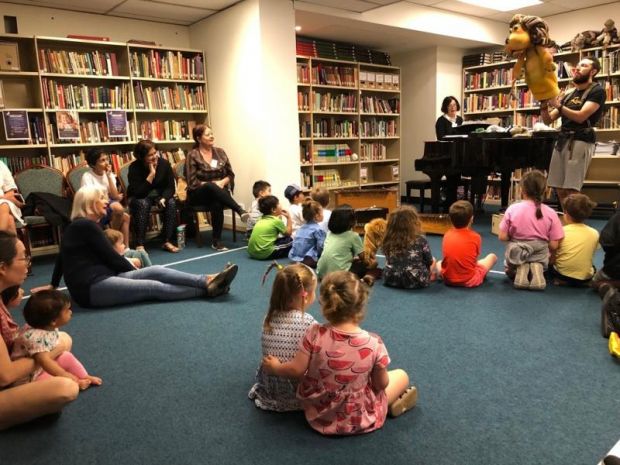 Preserving the specialised art of puppetry for the public, as well as researchers, honours the vision of Dr Rodney Seaborn in preserving all aspects of Australia’s unique performing arts heritage.

Puppets pictured are from the S,B&W Foundation collection.