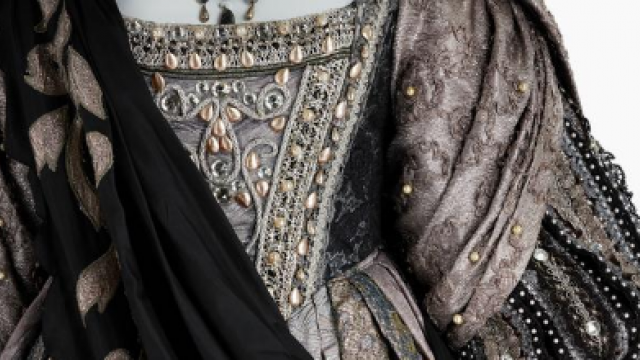 Grand is a unique digital offering from the Australian Performing Arts Collection, who partnered with Deakin University to utilise modern technologies such as photogrammetry and 3D scanning to bring the artefacts and stories to life.

The items featured in Grand were a donation from Opera Australia, comprising of 30 complete costumes, gowns, head pieces, jewellery, wigs and shoes from three decades on the world stage.

“We acquired the Joan Sutherland collection in 2018 which went on to inspire the Opera Australia Documentation Project (OADP). The aim of the OADP was to acquire, document, preserve and make this glorious collection accessible in ground-breaking and diverse ways. This online exhibition is one aspect of exploring accessibility,” said Samantha Hamilton, APAC’s Head of Collections, Preservation and Access.

“The development and delivery of Grand is an innovative example of how the Australian Performing Arts Collection has adapted to current circumstances. We will continue to deliver engaging and interactive digital content to our audiences now that we have established this digital platform.”

The collection captures many of Sutherland's most recognisable roles such as Violetta in La Traviata, Marguerite de Valois in Les Huguenots and the title role in Lucia di Lammermoor.  It also highlights the work of leading international designers.

“You don’t see costumes like this every day. Joan Sutherland understood the value of a well-made costume and worked closely with leading international designers such as Michael Stennett and Jose Varona as well as celebrated Australian designers including Kristian Fredrikson, John Truscott and Kenneth Rowell. She appreciated their efforts to ensure the best outcome for the role as well her own comfort,” adds Margot Anderson APAC’s Curator for Dance and Opera.

“Her costumes are held in the archives of world famous opera houses such as the Royal Opera House at Covent Garden and have been widely exhibited. They capture the grandeur of productions from an amazing era in opera and give a sense of Joan Sutherland’s status on the world stage.”