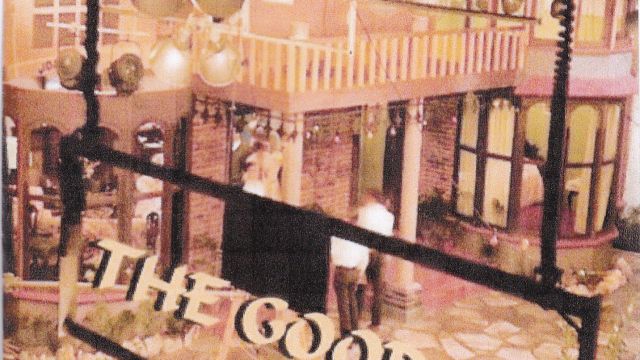 The good thing about searching the internet is you often come across clips from past musicals that you never knew existed. Frequently archival material surfaces from Broadway shows but it’s rare to find anything from an early Australian musical. Imagine my surprise when I came across Jill Perryman and Kevan Johnston in clips from TVW7 Perth’s production of The Good Oil (1965). Written by Coralie Condon and originally staged at the Perth Playhouse in 1958, the story was based around the 1950s oil boom in Perth. By the 1960s Condon was a major behind-the-scenes player in television which resulted in her producing her musical for that medium.

Pardon Miss Westcott by Peter Stannard and Peter Benjamin was the first musical written for television in 1959. It was followed by a TV version of the same authors’ stage musical Lola Montez, produced by the ABC in 1962, but who knew TVW7 had telecast a TV version of The Good Oil. It’s not listed in any Australian television history book.

Eight of the score’s musical numbers can be found on watvhistory.com along with one compilation track of the dance routines with the Channel 7 dancers. All in B&W they feature Jill Perryman and Kevan Johnston in the principal roles. The other featured players were Joan Bruce, Neville Teede, Philip Porter and Gerry Atkinson, who had appeared in the original stage production. It’s a slice of what Australian television used to deliver before colour and it is interesting to see one of our great musical theatre stars, Jill Perryman, as she was in her prime, one year before she starred as Fanny Brice in Funny Girl.