A Treasure Trove of Programmes 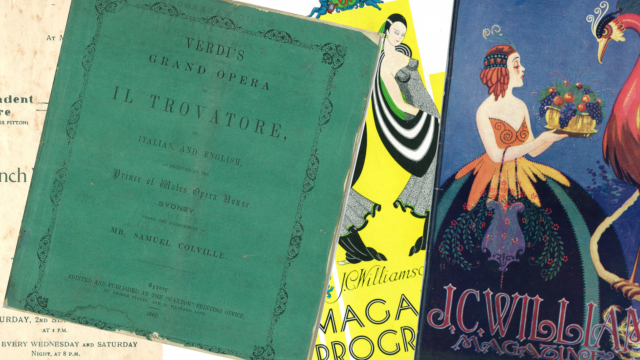 Theatre programmes have provided an invaluable historical record in Australia for just on 225 years. Susan Mills, the archivist at the Seaborn, Broughton & Walford Foundation in Sydney, looks at their history.

At the heart of the Seaborn, Broughton & Walford Foundation’s performing arts archive collection is a treasure trove of more than 18,000 theatre programmes. It’s a remarkable resource for research into Australian theatre and one that fulfills the vision of the organisation’s founder - Dr Rodney Seaborn AO OBE -  to preserve and promote Australian performing arts.

Friends of the S,B&W Foundation have been donating programmes since 1986, while a large transfer took place in 2006, from the Dennis Wolanski Library of the Performing Arts at the Sydney Opera House.

Foundation archivists and volunteers have painstakingly sorted through each of the thousands of programmes in the collection, categorising and indexing by venue, company and location. These programmes are now held in archival standard environmental conditions for preservation in the archive’s compactus shelves, available for researchers to access 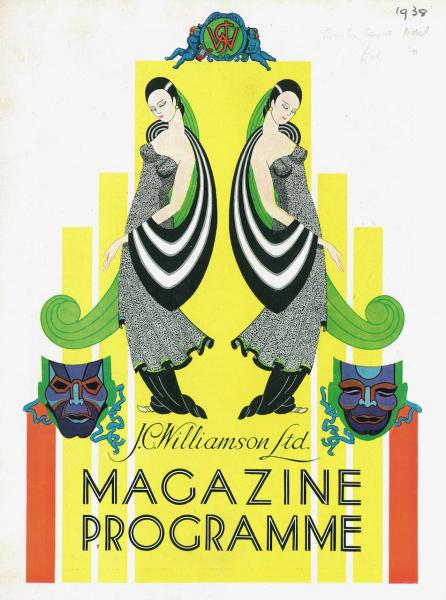 Generally speaking, a ‘playbill’ is a single-sheet poster, usually printed on one side, while a ‘programme’ contains more than one page and is printed on both sides.

Simple playbills have been around since the Middle Ages. In addition to broadcasting processions of actors and town criers, early playbills were usually a small sheet to advertise the name, location and cast of a show, and given out or posted nearby the theatre. By the 19th century, more elaborate magazine-like ‘programmes’ began to be produced to give away or sell in the theatre, with pages of information, illustrations, and embellishment, and also advertisements!

Australia’s earliest surviving printed document is a theatre playbill. It was for a performance of Jane Shore on the 30th of July in 1796 at Sidaway’s Theatre in Sydney (also known as ‘The Theatre’) which was opened in 1796 by pardoned first-fleet convict and baker Robert Sidaway. The main play was followed by two short comedies. 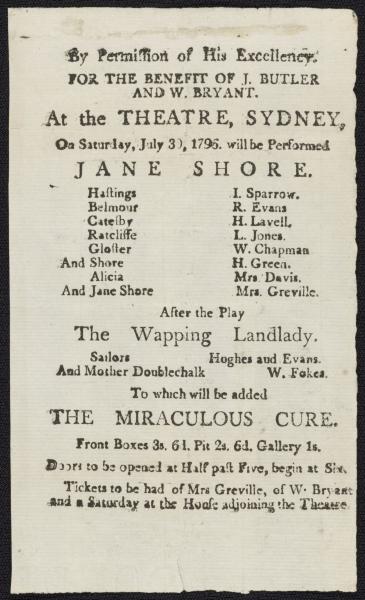 Some Programmes from our Collection

Not quite Australia’s first, but the oldest programme in the S,B&W Foundation archive collection is from 1860. The programme is for a performance of Verdi’s Il Trovatore at the Prince of Wales Opera House in Sydney.

As programmes range from the simple to the grandiose, due in part to costs and advances in technology, the Foundation’s collection contains many beautiful programmes. The souvenir and magazine programmes of productions by the J.C. Williamson Ltd company which dominated Australian theatre from the late 1800s to 1976 are such an example. With the funds to produce costly programmes, these were often very decorative. In the 1920s to the 1950s, the J.C. Williamson Magazine was a jam-packed form of a theatre programme. The Foundation will be arranging an exhibition of these programmes later in the year. 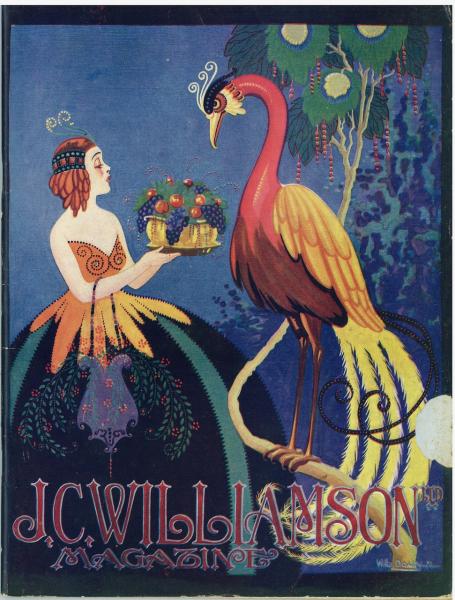 It was discovered in a scrapbook in Canada (there are no details as to how and why it travelled so far) by a Library and Archives Canada bibliographer. This small playbill was printed by Government Printer and sometime-actor George Hughes, who indeed acted in one of the comedies listed on the playbill, The Wapping Landlady. George printed playbills and government orders on a small press brought over on the first fleet.

The Jane Shore playbill tells us something about early European colonial life in Australia. It shows that life in the early colony mirrored the social conventions of Britain - such as ticket prices and seating arrangements. Gifted in 2007 by the Government of Canada to the Australian people, it is now preserved in the National Library of Australia and was added to the UNESCO Australian Memory of the World Register in 2011. 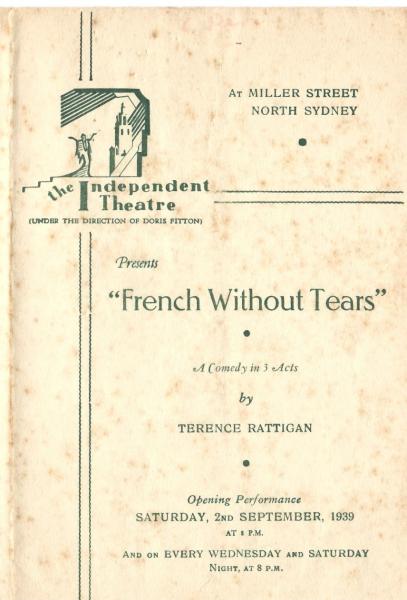 Another exciting project just begun is the listing of programmes in the Foundation’s collection onto the online AusStage performing arts database. Making the Foundation’s programmes collection more widely known helps share the valuable stories of our performing arts heritage. Theatre programmes furnish both evidence and colour to the story of actors, productions, stage technology, companies, buildings, social themes, and advances in printing technology. 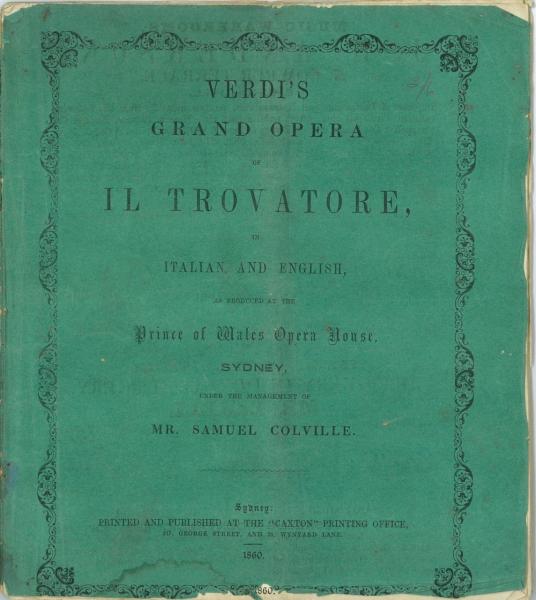