‘FROSTY’ THE SHOWMAN TAKES HIS BIGGEST GAMBLE YET. 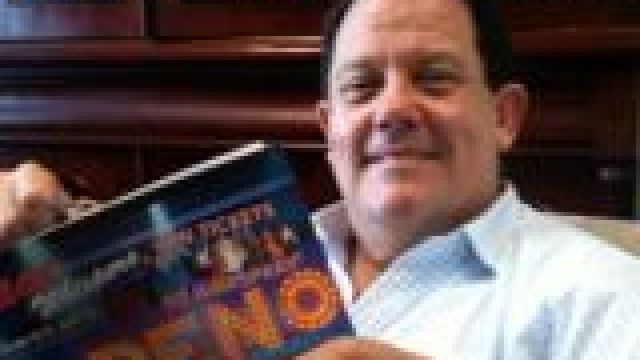 After 25 years as Australia’s most successful Music Theatre Producer, John Frost is taking a big leap in 2011, by producing two new musicals - Dr Zhivago and An Officer and a Gentleman. It is a big change from his reputation as a first class producer of established musicals such as Wicked and Fame. David Spicer spoke to him during a rare break in his activities.

JF: Yes I do. I have a considerable amount inFame (half a million dollars, which I can’t afford to lose). You have to. The deal on Wicked was I could have General Managed the show and got a fee for it, but I insisted that I have a financial risk in it.

DS: You are incredibly busy. What is coming up? 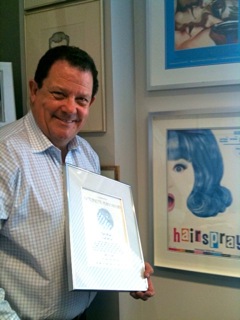 JF:  I have got Fame now in Sydney. Wicked is opening in Brisbane, Adelaide and Perth, then we are going to negotiate a major Asia tour. We may do New Zealand in a few years. We see a big life in Australia for Wicked after that. (John Frost subsequently announced that her will also premiere Legally Blonde in Sydney in 2012.)

DS: What is different next year is that you are doing two new shows.

JF: We’re doing Dr Zhivago, opening in February with Anthony Warlow in Sydney, then Her Majesty’s Theatre in Melbourne in May and Brisbane in August.

(Stage Whispers also understands that John’s other new project, a musical adaptation of An Officer and a Gentleman, will also open in Australia in 2011)

DS: Why open them here?

JF: Why not? We are now ready to do these musicals here first. When I go and buy a show in America, like Wicked, I send the royalties away and originating producers get royalties. I think it is time John Frost made some of that. I am going to start creating my own works, but I am not going to call it The Great Australian Musical, because I don’t think there will ever be one.  I want to them to be The Great International Musical, with great international subjects.

DS: Why has it taken you until now to do that?

JF: Because I did not have the confidence in myself to take that leap. It would be easier to say let’s bring another show from American and London. I can do that; it is so easy, like getting on a bus. I know I am good at it. I need a challenge at this stage of my life. So I have got a brand new musical, Dr Zhivago, with international subject matter and An Officer and a Gentleman. Both have great titles - not something like Skippy the Musical.

DS: There are extra risks? 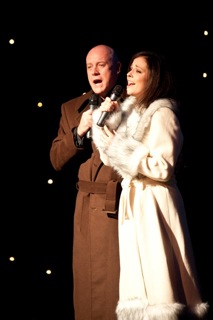 JF: Yes, but I am now in charge creating something. I have a say what song should go where and how much I should spend on a set, rather than being puppet.

DS: Why will Dr Zhivago succeed?

JF: I don’t know if it will. All I know is I remember and love the movie and there is a great international creative team, who just happen to do it in another country.

DS: It is cheaper to do here?

JF: We are going to do it for 5.5 million. To do it in America it would cost 10.5 million. I get offers to invest in a lot of Broadway productions, for 12 million, and can do it here for 5 million. If Zhivago and Officer work, you will see a lot more people doing it. (Both projects have Australians either on the design or creative team.)

DS: So is the notion of Great Australian musical fraught?

DS: Do you see much subsidised theatre here by the STC or MTC?

JF: I see more stuff overseas. But I am a great believer in subsidised theatre and state companies because they do plays well. If I was running the country I would give a lot more money to opera companies and ballet and drama companies.

DS: You don’t see them as competition?

JF: I think it is great. The more people experience live entertainment the better.

People who come to the Capitol Theatre to see Fame might graduate and watch Cate Blanchett in Medea. 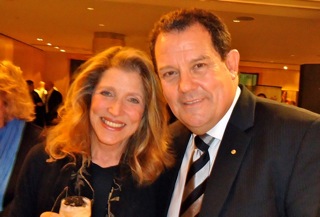 DS: Now some trivia. What are your opening night rituals?

JF: I get really nervous on opening night. I usually have a couple of Scotches, a cheese and tomato sandwich and iron my shirt. I never go into the foyer until three minutes before house lights fade and I try to sneak in the back, as I don’t want to deal with the audience. I must look like I am having bad drugs, by that time sweating profusely. Then, into the first act, I cool down.

DS: What do you give the cast?

JF: They get a bottle of sponsored wine and a program.

DS: Finally, you won a Tony award as one of the original producers of Hairspray, yet someone else is producing it in Australia. How do you feel about that?

JF: It is disappointment. But you can’t do everything. I wish Paul Dainty and David Atkins every success with it.

(Readers note: this last answer was given through gritted teeth.)