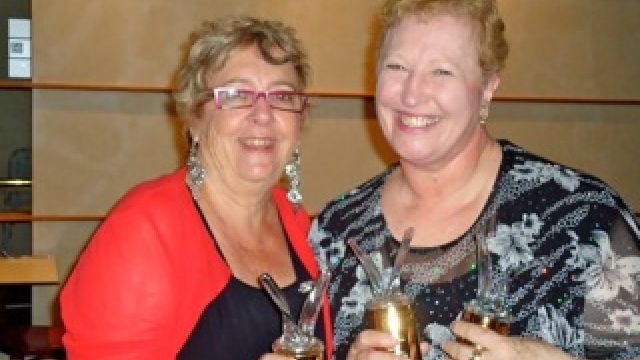 The CONDAs recognise achievement in both professional and non-professional theatre within this lively theatrical community, where a total of 70 productions were eligible for consideration in a twelve-month period to October 31, with 44 productions receiving nominations in one of more category.

The big winner this year was Metropolitan Players’ production of The Boy From Oz, with four awards, including Best Non-Professional Musical Production, edging out Newcastle Dramatic Art Club’s The Witches of Eastwick with three gongs. Notably, these productions shared one award, with the judges unable to separate directors Julie Black (The Boy From Oz) and Nola Wallace (The Witches of Eastwick). 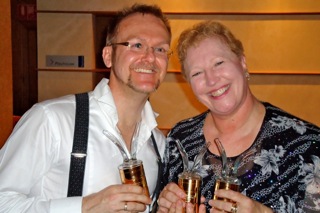 Hunter TAFE Performing Arts, with its acting course now extending across three years of students for the first time, took out awards in three categories, and received further recognition when Teresa Coincella, the Head Teacher of Music and Performing Arts in Hunter TAFE’s Faculty of Arts and Media, took out the Newcastle City Council Award for Outstanding Achievement in Newcastle Theatre.

In her citation, the CONDA judges said Coincella is, “committed to developing the skills of her students so that they are industry-ready and able to apply for work in the corporate world and in the many other facets of the theatre industry.

“Her drive, enthusiasm and administrative skills have introduced many to the love of theatre and her work has improved the quality of theatre in the Newcastle region.”

The award was Teresa Conicella’s second outstanding achievement award in a long and distinguished involvement in Newcastle theatre.

The Judges’ comments highlighted the growth of the CONDAs from 10 awards in 1979, to the current 23. Three new categories have been added this year; one for special theatrical events, and two others recognising youth achievement, in the area’s five thriving youth theatre groups.

Director: David Brown, 2Wilde: Salome and The Importance of Being Earnest

Actor in a leading role in a drama or comedy: Glen Waterhouse, How to Disappear Completely and Never be Found

Actress in a leading role in a drama or comedy: Kathleen Warren, Anastasia

Actor in a leading role in a musical: Grant Drury-Green, The Boy from Oz

Actress in a leading role in a musical: Stephanie Priest, The Great American Trailer Park Musical

Actor in a supporting role: Mat Lee, The Witches of Eastwick

Actress in a supporting role: Cathy Maughan, Cat on a Hot Tin Roof

Achievement in music and movement: Andrew Shaw, choreography, The Witches of Eastwick