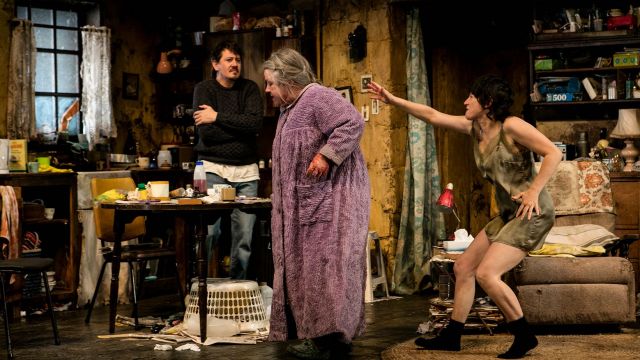 Nominations have been announced for the Sydney Theatre Awards for 2019, which will be presented at a gala ceremony on Monday 20 January 2020 at 7pm at the York Theatre, Seymour Centre.

The reviewers all felt 2019 was a very strong year for Sydney theatre. “The initial list of nominations for performances by female actors was particularly long and strong this year, and very difficult decisions had to be made by the group to narrow it down to the final four nominees in each acting category,” said Jo Litson. “It was hard to do, and several performances that could easily have won an award had the line-up not been so incredibly impressive didn’t make it to the shortlist. But it says something for our industry that the level of performance was so high and the competition so fierce.”

Deborah Jones agreed, adding: “It was also immensely satisfying to see theatre-makers embrace the diversity of Australian culture. It’s clear from our list of nominees that audiences had their lives enriched by artists and stories from an invigorating range of backgrounds and perspectives. There’s more to be done there, however, and it’s the only way to go if audiences are to become more strongly representative of our society. The realisation some years ago that women were vastly and most unfairly under-represented in theatre directing and writing led to action that is now bearing brilliant fruit as our nominations for Best Mainstage Production, Best Direction of a Mainstream Production and Best New Australian Work attest. Onwards!”

The President of the Seaborn, Broughton & Walford Foundation, Peter Lowry OAM, has confirmed that the Foundation will once again be the major sponsor of the Sydney Theatre Awards in January 2020. “We are delighted to be able to support the 15th annual Sydney Theatre Awards” he said. “We commend the leading theatre critics for their efforts in recognising and rewarding the strength, quality and diversity of particularly outstanding professional mainstage and independent plays, musicals and performances produced over the last twelve months in Sydney. The Sydney Theatre Awards is an important night in the theatrical calendar and we look forward to congratulating all the nominees and winners. The Friends of the Foundation are a growing number of enthusiastic, regular theatre goers who are always keen to support the wide variety of talent that will be acknowledged and celebrated at the Awards,” he said.

The Foundation is a charity to assist the performing arts and, following the wishes of founding President Dr Rodney Seaborn AO OBE, proudly supports a wide variety of performing arts initiatives through funding, attending performances and preserving precious theatrical records for education and research as well as providing accessible and affordable space for rehearsals and small performances.

Counting and Cracking (Belvoir and Co-Curious)

The Happy Prince (Little Ones Theatre)

BEST DIRECTION OF A MAINSTAGE PRODUCTION

BEST DIRECTION OF AN INDEPENDENT PRODUCTION

BEST FEMALE ACTOR IN A LEADING ROLE IN A MAINSTAGE PRODUCTION

BEST MALE ACTOR IN A LEADING ROLE IN A MAINSTAGE PRODUCTION

BEST FEMALE ACTOR IN A LEADING ROLE IN AN INDEPENDENT PRODUCTION

Kate Skinner (Anatomy of a Suicide)

BEST MALE ACTOR IN A LEADING ROLE IN AN INDEPENDENT PRODUCTION

BEST FEMALE ACTOR IN A SUPPORTING ROLE IN A MAINSTAGE PRODUCTION

BEST MALE ACTOR IN A SUPPORTING ROLE OF A MAINSTAGE PRODUCTION

BEST FEMALE ACTOR IN A SUPPORTING ROLE IN AN INDEPENDENT PRODUCTION

BEST MALE ACTOR IN A SUPPORTING ROLE IN AN INDEPENDENT PRODUCTION

Shane Anthony and Gus Murray (Anatomy of a Suicide)

Eugyeene Teh (The Happy Prince)

Michael Askill with Hamed Sadeghi (The Iliad Out Loud)

Joseph Althouse (Angels in America/ Lord of the Flies)

Nyx Calder (Jess and Joe Forever/ Lord of the Flies)

First Love is the Revolution (Griffin)

BEST PRODUCTION OF A MAINSTREAM MUSICAL

School of Rock (GWB Entertainment in association with KHAM Inc)

BEST PRODUCTION OF AN INDEPENDENT MUSICAL

BEST DIRECTION OF A MUSICAL

Jake Speer (Catch Me If You Can)

Simon Burke (Catch Me If You Can)

BEST CHOREOGRAPHY IN A MUSICAL

Cameron Mitchell (Catch Me If You Can)

Love is a Drag (Tim Draxl)

Hayes at the Hayes (Nancye Hayes)

To be revealed at the Awards ceremony