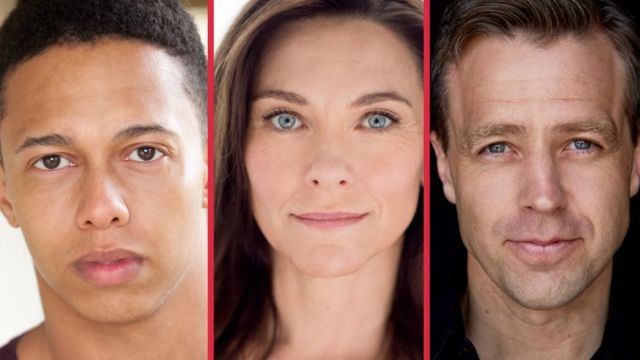 The Australian Musical Theatre Festival’s full 2021 performance and workshop program has been announced, including the artists and teachers, who collectively will bring the best of Broadway to Launceston! Between them, they have starred in blockbuster musicals, performed on international stages, coached our finest performers and become familiar faces in the industry.

Alongside previously announced headliners, Simon Gleeson, Natalie O’Donnell and Callum Francis, the festival will feature music theatre director, Roger Hodgman, who has been at the helm of musicals from Sweeney Todd to Chitty Chitty Bang Bang, as well as running the Melbourne Theatre Company for over ten years.

The musical direction of several of the festival performances will be undertaken by Michael Tyack, who was recently awarded the Order of Australia for his services to the Performing Arts through countless musicals. Michael is currently preparing to musically direct the musical Come From Away.

Natalie Gilholme will be presenting a range of workshops that speak to her many talents. With a worldwide career as a performer, resident director, agent, producer and casting director, she brings a huge knowledge and range of experiences to the festival. Prior to COVID 19, Natalie was the resident director on the International tour of Matilda and recently casting director of West Side Story and The Phantom of the Opera. Natalie will not only teach but also act as the casting director for the many performance opportunities available to those attending the festival, providing a valuable link to industry while providing opportunities for participants.

They will join forces to celebrate, interrogate and proliferate Musical Theatre in the city of Launceston in a national festival, all designed within a COVID-aware environment.

Classes are streamed so participants can find the perfect fit for their interests and ability in a range of topics including singing, acting, dancing and also producing, directing, costume making, writing, musical direction, audition technique and well-being for performers.

In addition, the festival’s performance program has developed into a wide array of events that celebrate and challenge the notion of telling stories through music. While festival favourites remain including the Gala Concert, The Sound of Musicals at the Princess Theatre, new events include a celebration of Australian Musicals called Once in a Blue Moon, which showcases home grown musicals from Priscilla, Queen of the Desert to Ned Kelly. and each with a distinguished cast mixing the best of Broadway and local talent.

In 2021, Musical Theatre will extend into unexpected venues and push beyond traditional time frames. Callum Francis, star of Kinky Boots, will hold a late-night offering, Twisted Broadway, where participants are encouraged to sing songs written for the opposite gender, while Les Mis and Mamma Mia! stars, Simon Gleeson and Natalie O’Donnell unite for an intimate afternoon of song and stories in Heart and Music. The Royal Oak Hotel will host Choir in the Pub, with a Musical Theatre twist and further afield, Jack and Gin will be a pairing of the best Tasmanian gins with songs, as presented by local theatre performer and gin distiller Jack Lark and Natalie Gamsu.

In line with the Festival’s commitment to broaden the range of musical theatre presented and contribute to the Australian voice in this art form, there will be two new Australian musicals being developed during the festival, Bearded by Sean Donehue and Nick Waxman, and the first Indigenous musical sung in language, Yellow Rock by Brittanie Shipway. Launceston-the Musical! will also be created by Derek Rowe during the Festival using events, as they happen, as inspiration.

Festival Executive Producer Tyran Parke is thrilled with the 2021 offerings:

“After a year of theatres being ‘dark’, I’m excited about the renewed energy taking to our stages, traditional and otherwise, and look forward to the community coming together to applaud an art form that constantly reinvents itself, while enjoying all that Tasmania has to offer.”