A new musical and a neglected musical. 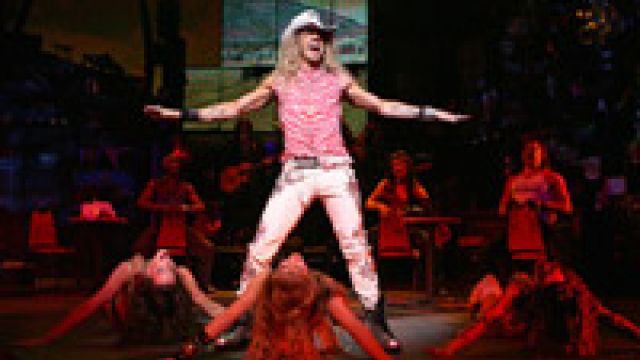 A big musical theatre announcement for next year, and a significantly smaller one for next month, were made today (February 15).

Five-time Tony Award® nominated Broadway musical Rock of Ages has been announced for an April 2011 opening at the Comedy Theatre, Melbourne.

The feel-good love story set in 1987 on the Sunset Strip is told through a multitude of hit songs including ‘I Want to Know What Love Is’, ‘Don’t Stop Believin’’, ‘The Final Countdown’, ‘We Built This City’ and ‘More Than Words.’ A small-town girl meets a big-city dreamer and in L.A.’s most legendary rock club, they fall in love to the greatest songs of the ‘80s.

After playing Off Broadway, Rock of Ages transferred to Broadway’s Brooks Atkinson Theatre in April 2009.

On a smaller scale, No Way To Treat A Lady, with book, music and lyrics by Douglas J Cohen, the first venture of Neglected Musicals, a new theatre initiative dedicated to presenting musical theatre that has never, or rarely been seen in Australia, will take place on March 15 at Darlinghurst Theatre.

Neglected Musicals presents a reading of a chosen show with scripts in hand and with the musical numbers sung through, after only a few rehearsals. There will be two presentations, one in the afternoon for invited industry members and a second performance in the evening for the public.
No Way To Treat A Lady is a theatrically charged musical comedy thriller about a publicity crazed actor turned killer and the endearing detective who pursues him. The story is based on the best selling novel that became a renowned movie. It is a devilish blend of humor, romance and murder.
It was first presented in New York in 1987 with subsequent productions in 1996 on Broadway and on the West End in 1998 amongst others.
Tickets to the Neglected Musicals presentations will be only $25 in order to make it accessible. www.neglectedmusicals.com.au