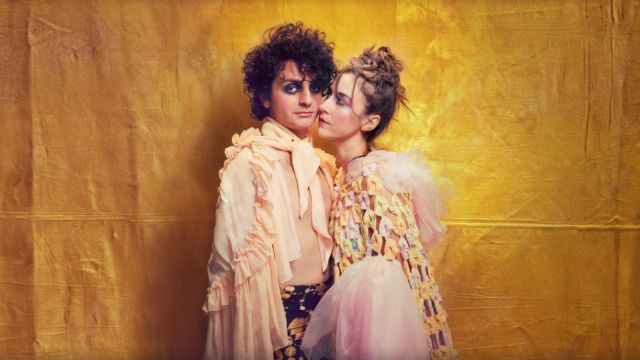 Acclaimed Welsh actor and producer Michael Sheen (The Twilight Saga, Frost/Nixon, The Queen, Tron: Legacy, Masters of Sex, Good Omens, Amadeus) will star as Salieri in a new production of Peter Shaffer’s Tony and Academy Award®-winning masterpiece Amadeus.  Portraying the artistic rivalry of two great classical composers – Salieri and Mozart – the show is the first event to be announced as part of the Opera House’s year-long 50th anniversary celebrations, supported by the NSW Government. The production combines theatre, opera and classical music with lavish costumes directed by Australian fashion house Romance Was Born. It will be staged in the newly transformed Concert Hall from 27 December, 2022 – 21 January, 2023. The new production is directed by multi award-winning director Craig Ilott (Smoke & Mirrors, American Idiot, Betty Blokk Buster Reimagined) and will feature forty performers, including actors, opera singers and musicians from The Metropolitan Orchestra fused into the on-stage drama. It brings to life Mozart’s timeless music, including The Magic Flute, The Marriage of Figaro and The Abduction from the Seraglio. Two Sydney-based actors will star in key roles: Heath Ledger Scholarship recipient Rahel Romahn (Here Out West, Shantaram, Lord of The Flies, THE PRINCIPAL) will play Mozart, and New York-trained Lily Balatincz (Constellations, The Eggs, Stop the Virgens) will perform the role of Constanze Mozart.

The play reimagines the lives of Antonio Salieri and Wolfgang Amadeus Mozart in a narrative fuelled by power, jealousy, revenge, and symphonies. It reveals Salieri’s inner torment as he grapples with Mozart’s genius and sets out to destroy the brilliant, flamboyant young star. It explores life’s big questions: ambition, legacy, and who among us deserves ‘genius’. It was first performed in 1979 at the Royal National Theatre, London, and went on to play in the West End and on Broadway. It won the 1981 Tony Award for Best Play, and Shaffer adapted it for the 1984 film of the same name directed by Milos Forman, which won eight Academy Awards®, including Best Picture, four BAFTA Awards and four Golden Globe Awards.

From October 2022, the Opera House kicks off a year-long season of celebrations to mark the 50th anniversary of Australia’s cultural icon. The full program of events and performances will be announced later this year and is enabled by the NSW Government’s Blockbuster Funding initiative. The anniversary coincides with the completion of the Opera House’s Decade of Renewal. 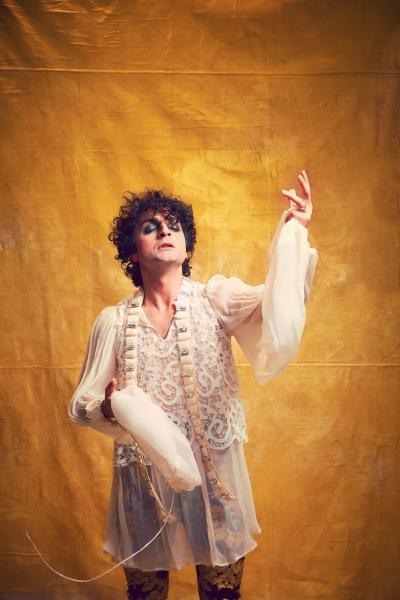 Minister for the Arts Ben Franklin MLC says: “I’m delighted the NSW Government is able to support world-class exclusive presentations such as Amadeus, which appeal to a broad range of audiences across NSW and Australia. This spectacular production on stage in the renewed Concert Hall will be a wonderful moment to mark the Sydney Opera House’s 50th anniversary year. I’m looking forward to announcing the full program later this year and inviting everyone to be part of an extraordinary celebration of contemporary culture at the Opera House.”

Sydney Opera House Head of Contemporary Performance, Ebony Bott says: “Amadeus is a classic play that has been loved by millions over the world for its smart, relatable human story about the pursuit of fame and greatness. With its rich combination of theatre, art and music, it is set to reimagine what contemporary productions can be. I’m delighted to have Michael Sheen, one of the world’s finest actors, take on one of the greatest plays of the 20th century in this artistically ambitious staging. It will be a thrilling night in the newly transformed Concert Hall.”

Michael Sheen is a multi-award-winning actor known for his extensive work across film, TV and stage, as well as his charity work supporting emerging writers in “A Writing Chance”. Michael Sheen was nominated for an Olivier Award for his portrayal of Mozart in Amadeus at the Old Vic, London in 1998. He has vast credits in film, television and the stage spanning Hollywood and independent titles.

Costume Direction is by Sydney-based Australian contemporary fashion house Romance Was Born, with Costume Design by the award-winning Anna Cordingley (Opera Australia, Melbourne Commonwealth Games Opening and Closing Ceremonies, Bell Shakespeare). Founded by Anna Plunkett and Luke Sales, Romance was Born have a history of richly layered contemporary culture collaborations across pop, performance, theatre, toys, and installations that straddle fashion and art. Their work is held in Australian galleries and their designs have been embraced by celebrities and style icons such as Cate Blanchett, Nicki Minaj, Karen O, MIA, Cyndi Lauper and more. 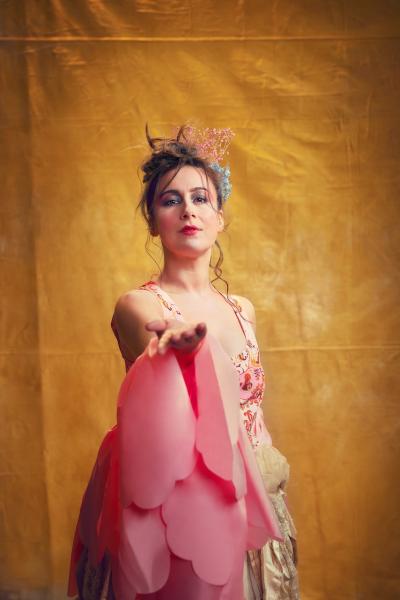 This project is proudly supported by the NSW Government through the Blockbusters Funding initiative.

Images of Rahel Romahn and Lily Balatincz by Daniel Boud.