An American In Paris Cast Announced 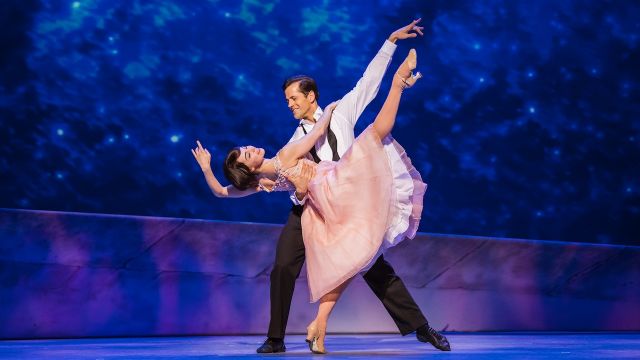 The Australian Ballet and GWB Entertainment have announced that Broadway and West End leads Robert Fairchild and Leanne Cope will reprise their roles as the American GI Jerry Mulligan and the young Parisian dancer Lise Dassin in Australia in An American In Paris, with two of the country’s leading lights Cameron Holmes and Dimity Azoury from The Australian Ballet, to alternate in the lead roles.

The four-time Tony Award®-winning Broadway musical, based on the classic movie with music and lyrics by George and Ira Gershwin, features an outstanding Australian cast and ensemble drawn from the worlds of musical theatre and ballet, including theatre royalty Anne Wood as Madame Baurel, David Whitney (The Merry Widow, West Side Story on Sydney Harbour) as Monsieur Baurel, Ashleigh Rubenach (Cry-Baby, Muriel’s Wedding: The Musical) as Milo Davenport, Jonathan Hickey (Sweeney Todd, Aspects of Love) as Adam Hochberg, and Sam Ward (The Ten Tenors, Jesus Christ Superstar) as Henri Baurel.

Robert Fairchild made his Tony Award®-nominated Broadway debut in 2015 in An American In Paris, and then reprised it in London’s West End. He was awarded the Drama Desk, Outer Critics Circle, Theater World, National Dance and Astaire Award for this performance and was nominated for the Evening Standard and Drama League Awards. From 2009 to 2017, Fairchild performed as a Principal Dancer with the New York City Ballet.

Leanne Cope is a British Tony and Grammy Award-nominated dancer and actor and originated the role of Lise Dassin in the Broadway and West End productions of An American in Paris. She began her career at the Royal Ballet, where she was First Artist, after graduating from the Royal Ballet School.

Cameron Holmes started dancing at the age of three at his mother’s dance school, Donna Jean’s Danceforce and performed as Young Billy in Billy Elliot the Musical when he was eight years old. He progressed to full-time ballet training at Tanya Pearson’s Classical Coaching Academy in 2016 and joined The Australian Ballet in 2018. He first performed with The Australian Ballet in its 2017/18 season of Storytime Ballet: The Sleeping Beauty.

Anne Wood has dozens of music theatre roles to her name after beginning her career in the original Melbourne production of Cats. She also spent three years playing the lead role of Donna in Mamma Mia! David Whitney’s numerous music theatre credits include The Merry Widow, West Side Story on Sydney Harbour, My Fair Lady, Funny Girl, Fiddler on the Roof, Rock of Ages, Man of La Mancha, Sunset Boulevard, The Producers, Cabaret, The Phantom of the Opera, A Chorus Line, The Wizard of Oz, Chess and Little Shop of Horrors. Ashleigh Rubenach won Best Female Actor at the Sydney Theatre Awards for her role in Cry-Baby for Hayes Theatre Co/LPD, and has appeared in Anything Goes, My Fair Lady, The Sound of Music and Muriel’s Wedding: The Musical.

Jonathan Hickey most recently played Tobias in TEG’s 40th anniversary production of Sweeney Todd. He has also appeared in Hayes Theatre’s The Fantasticks and Aspects of Love along with multiple productions for Opera Queensland. Sam Ward has toured with Platinum-selling group The Ten Tenors in Australia and internationally for the past few years. He made his professional debut in 2017 in The Production Company’s Jesus Christ Superstar, and then toured Europe and the Caribbean in Priscilla, Queen of the Desert, playing the role of Frank.

Director and choreographer, Christopher Wheeldon said: “Auditioning for An American In Paris has been a revelation of the wealth of top-level talent in Australia and I feel blessed with the choices we have been able to make in casting the show – never an easy task. This is a truly wonderful group of performers to bring the production to the stage.

“And to be able to bring Robbie Fairchild and Leanne Cope back to reprise their roles from Paris, Broadway and the West End alongside the superb Australian Ballet duo of Dimity Azoury and Cameron Holmes is the absolute icing on this beautiful cake.” 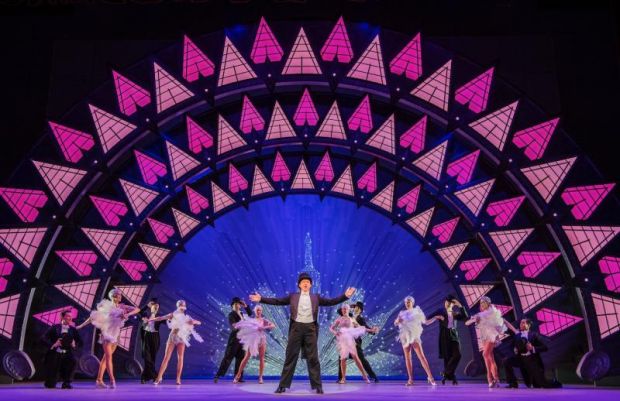 Leanne Cope said: “This is a very special show and I feel privileged to bring Lise Dassin to Australia. I’ve never been before and I’m really looking forward to meeting everyone and starting rehearsals. Get me on that plane as soon as possible!”

Robert Fairchild said: “I’ve gotten to be part of this show from the beginning, from Paris, to Broadway, to London and to now take it to Australia is incredible. I can’t wait to share this magical show.”

Dimity Azoury said: “After 14 years with The Australian Ballet, I’m excited to step away for a time and into the musical theatre world with this acclaimed production – what an exciting, enriching opportunity.”

Cameron Holmes said: “I’m so thrilled to be performing in An American in Paris – it combines my two passions of ballet and theatre. The role of Jerry is so unique and challenging and I can’t wait to make my debut.”

Corey Herbert, Jasmin Durham and Jake Mangakahia from The Australian Ballet will all make their music theatre debuts in the production.

With a book by Pulitzer Prize finalist Craig Lucas, Tony Award-winner Bob Crowley’s swoon-worthy set and costume design, drawing inspiration from some of France’s most famous artists, Tony Award-winner Natasha Katz’s brilliant lighting designs and astonishing projections by 59 Productions (also Tony Winners for their work on this production), An American In Paris opened at the Palace Theatre on Broadway in April 2015 after its world premiere at the Théâtre du Châtelet in Paris. It has since gone on to tour London’s West End, Tokyo and Beijing.

Tickets on sale now for Brisbane, with all other cities on sale from 9am ADST on Thursday 11 November via americaninparis.com.au

The national tour of An American in Paris is supported by the Restart Investment to Sustain and Expand (RISE) Fund – an Australian Government initiative.