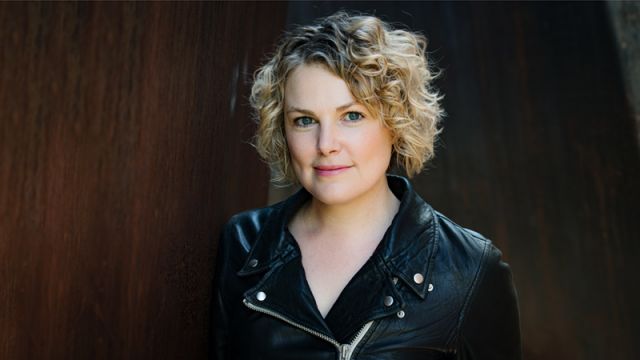 Melbourne Theatre Company has announced Anne-Louise Sarks will be the Company’s next Artistic Director.

In announcing the appointment, Chair of MTC, Jane Hansen AO, said ‘After an extensive search, I am delighted to announce Anne-Louise Sarks as MTC’s next Artistic Director. Anne-Louise is an outstanding talent and I am very excited about her vision and the Company’s next artistic evolution. Her wealth of experience both nationally and internationally will bring a fresh creative energy to MTC, signalling a vibrant future for the Company and Australian theatre.’

Director, writer and dramaturg Anne-Louise has directed over 30 productions, with her work seen in Melbourne, Sydney, London, Helsinki, Mexico City, New York, Warsaw, Dublin, Auckland, Mumbai, Perth and Basel. Recent credits include Avalanche at the Barbican in London, and Our Town and Medea at Theater Basel. Most recently, she directed Stop Girl at Belvoir in Sydney. In 2018 her production of Blasted at the Malthouse was nominated for four Green Room awards.

Anne-Louise was previously Artistic Director of the Lyric Ensemble at the Lyric Hammersmith in London and of the Melbourne independent theatre company The Hayloft Project. She has been both Resident Director and an Associate Artist at Belvoir, Director in Residence at Malthouse Theatre, and in 2010 she was Emerging Resident Director at the MTC. Anne-Louise is a graduate of the VCA.

Anne-Louise Sarks said, ‘I’m honoured to be leading this important institution – and to be serving the artists and audiences of Victoria. I had my first major opportunities at Melbourne Theatre Company, and I want to make sure that artists across Victoria feel as welcome as I did. I’m so excited to be returning to Melbourne to take up this role.

‘My belief is that theatre should always be offering something new. It should give you a fresh way of looking at the world; or expose you to a new idea; or put a surprising perspective at the centre of a story you thought you knew. I’m excited about bringing new voices and perspectives into the Company, and then taking that work to the world.’

MTC Executive Director & Co-CEO Virginia Lovett said, ‘I very much look forward to welcoming Anne-Louise to the Company and working closely with her to realise her vision. The Company has flourished during Brett’s tenure and as he hands over the baton we are poised to emerge from COVID with great energy and a new direction to ensure MTC remains one of the state’s much-loved cultural institutions.’

Anne-Louise will take up the position in October following the launch of Brett Sheehy’s final program for MTC’s 2022 season.