Anthony Warlow Back On Stage 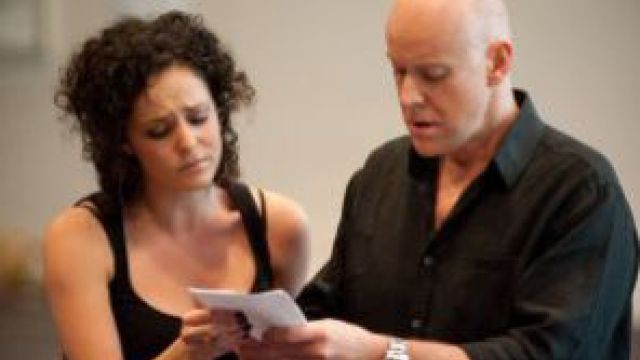 Following his onstage injury hours before last Friday’s first preview of Doctor Zhivago, it has been confirmed that Anthony Warlow has recovered and will be back at the Lyric Theatre tomorrow evening, Tuesday February 15, in the title role of Yuri Zhivago in the premiere season of the musical Doctor Zhivago.

A couple of hours before the performance on Friday night, Warlow tore a calf muscle during an onstage rehearsal and couldn’t perform. The rest of the cast performed the first 30 mins of the show with Anthony’s understudy, and audience members were either given a refund or invited back to attend a later performance when Warlow had recovered. Previews of Doctor Zhivago continued over the weekend with Anton Berezin playing the role of Yuri Zhivago.

After intensive physiotherapy over the past 3 days, Warlow has been given the OK by his doctor to return to the stage. “I’m relieved to be back,” said Warlow. “I am very disappointed that I had to miss the first four shows, but I’m now able to walk and flex my leg, and rearing to go. This is a very physical show, and it’s thrilling to create this brand new show with a wonderful cast and crew.”

Producer John Frost is delighted that Anthony has recovered. “I’d like to thank our audiences over the weekend for their encouragement and their good wishes. We had standing ovations after each show, and I know with Anthony back to the helm, the audience reactions will be even stronger. I am very proud of Doctor  Zhivago.”

The Gala Premiere of DOCTOR ZHIVAGO will be held on Saturday 19 February at 7pm, and the season runs at the Lyric Theatre, Star City, until April 2.