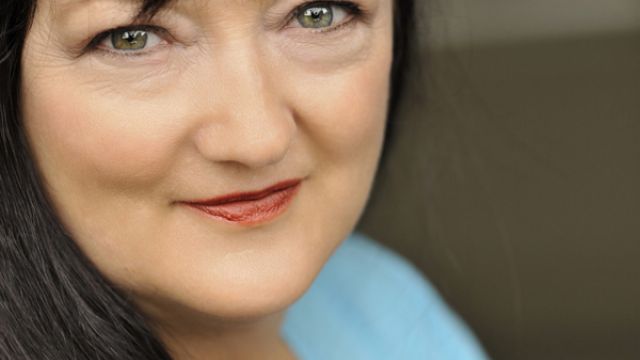 Wendy Lee Purdy returns home to Sydney from the UK to play Elizabeth in Aspects of Love playing at the Hayes Theatre from 22 November. She chats to Stage Whispers about returning home to appear in this intimate reworking of the Lloyd Webber musical.

Stage Whispers: What is it about Aspects of Love that lured you back to Australia?

Wendy Lee Purdy: The opportunity arose to work with Andrew Bevis and Nathan Wright, who are passionate about this project moreover, throwing their heart and soul into it. I, therefore, had to be a part of their incredible production because it was in my hometown of Sydney. I’ve never performed at the Hayes Theatre (they are producing some terrific shows with home-grown talent), this will be my third Andrew Lloyd Webber show and I think the score is divine! It was too good an opportunity to miss! Except for the musical Chess, I have had little experience being involved with a show on a grassroots level, watching it be devised/created from scratch but being involved in that process has been inspirational.

SW:  What have you been doing in the West End?

WLP:  I performed in Fiddler on the Roof (I’ve been in multiple productions) and this production was at the Savoy Theatre, London in 2007, directed by Lindsay Posner. I understudied and performed the role of Golde often, opposite Henry Goodman, making it a year-long Masterclass in acting, which I thoroughly enjoyed. I covered five roles then took over Fruma Sarah/Shandel. Most of my work in the UK has been on International tours: Mamma Mia! Wicked and Chicago and UK tours: Wicked, Fiddler on the Roof (UK Productions) and Chicago. I have performed in regional musicals and produced/performed in new works as part of my Master’s Degree from London University in Theatre Producing.

SW:Why do you think the Hayes audience will enjoy Aspects of Love?

WLP:  I think the Hayes audiences will be astounded by the sheer magnitude of this chamber opera, the scope of the talent of the company, the highly accomplished professionals whom Andrew and Nathan have assembled within all departments, the fact that there will be a 12-piece orchestra and how all the scenes changes (known as transitions) appear seamless. They will be introduced to outstanding new talent but most of all, we want to transport the audience back in time, to an old theatre where they will be swept along with the ebb and flow of this love story.

SW:  What is about Andrew Lloyd Weber’s work that makes it so popular and, in a way, transcend generations? (He has 3 shows being currently performed in Australia at one time – Aspects, Evita and School of Rock.)

WLP:They are all timeless works which appeal to all age groups. One can hum the tunes after the show has finished, albeit a sung-through musical, such as Aspects of Love or the rock tunes from School of Rock, which has had enormous success in London, especially with school-aged children. They are all lavishly staged productions which are a feast for the eyes and one feels like they have received their money’s worth on a night out seeing an Andrew Lloyd Webber show, but most of all, he writes and produces great storytelling shows.

SW:What’s next on the horizon for you?

WP:Ideally, I would like to be back in Australia performing in shows. so this is a good way of getting a feel for the industry again in Australia, but after Aspects of Love I will head back to London to start auditioning again after having had a break from touring after 3.5 years in Wicked, because it can be exhausting. With our UK tours, which can be weekly, one must travel independently to the regional theatres, find your own digs (accommodation), whilst living out of a suitcase for a year or two at a time. I’m fortunate in that I teach in schools in between shows (184 London schools to date) but after studying Shakespeare at the RADA summer school, I’m keen to tackle some straight plays to extend myself and reinvigorate my career with another focus. Leading a gypsy lifestyle means life is always up in the air, so I don’t know where I am from one moment to the next or what’s around the corner. I would like to be home in Sydney, after having been away for 15 years, within the next two years and be able to work globally wherever work calls like a true jobbing actress!

As they say in Aspects: Theatre’s my life and I love it!

Aspects of Love plays at the Hayes Theatre Co from November 22 to December 30, 2018.