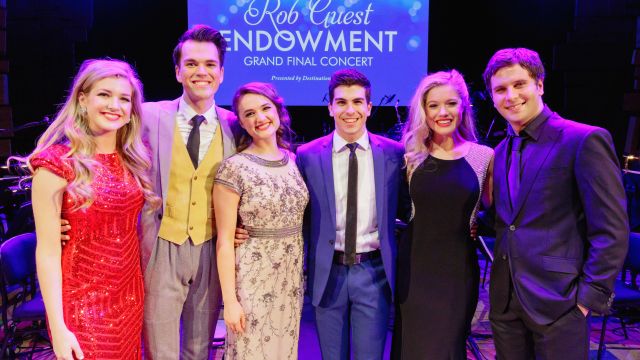 The winner of the 2015 Rob Guest Endowment Award was announced at the Grand Final Concert at the Sydney Lyric Theatre on November 9. Competing against five other outstanding Semi-Finalists with his performance of Goodbye and Memphis Lives in Me, *Daniel Assetta took out the prestigious award after being chosen by an expert panel of judges, which included Kelley Abbey, Peter Casey and Gale Edwards. 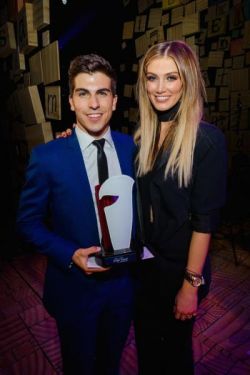 Daniel took home $20,000 as the prize, and the runners up were each awarded $1,500. The Melbourne’s East End Theatre District Artist Development Award, an initiative of Mike Walsh and the Marriner family awarding a $5,000 cash prize to a promising young music theatre talent, went to Robert McDougall. The Playbill Future Prospect Award went to Rubin Matters. This award, generously sponsored by Playbill, is a $1,500 cash prize to a semi-finalist who didn’t make the finals but the judges wanted to encourage to return to the competition next year.

This year saw the return of two categories recognising further excellence in other fields of musical theatre. The Rob Guest Endowment Technical Award in Honour of Sue Nattrass was awarded to Drew Cipollone and the Rob Guest Endowment Musician Award was won by Jack Earl. Funded by the Capitol Theatre and the Sydney Lyric Theatre, both winners took home a $10,000 cash prize intended to help fund the tuition and experience needed to help them become leaders in their field.

*David Spicer reports that members of the audience were puzzled by the judge's decision.

Daniel Assetta performed beautifully, especially as he was battling a cold and  was coming off the back of eight performances as Rum Tum Tugger in Cats.

However he  appeared to have been outshone by some of the other performers.

Hilary Cole was a knock out with her performance, singing some rarely  heard pieces.