Aussie in Leading Role in the World's Only Major Stage Production 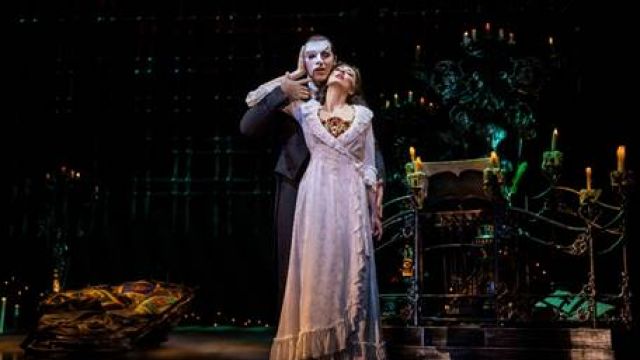 Australian performer Claire Lyon has found herself in the unprecedented situation of starring in the only major production in the world due to the current Covid-19 pandemic.

Sir Andrew Lloyd Webber's The Phantom of the Opera musical, which Claire is playing the role of Christine in the international touring production in Korea, is now considered to be the only major show currently on stage anywhere on the planet (as of today – May 18, 2020)

“With mass cancellation of theatre productions across the world due to distancing restraints, as far as we are aware, Claire is the only Australian currently performing a lead role in the only major musical currently able to be staged,” explained Claire’s manager Mark Gogoll.

“I feel so incredibly fortunate to be working right now. It’s a combination of pot luck, amazing producers and management, an efficient and open government and a dedicated “Phan” base here in Korea that we have been able to continue performing. Our audiences have flocked back to the theatre and it’s so inspiring to see. Back home, all of my friends and colleagues are out of work. It’s devastating. My hope now, is that the entertainment industry in Australia and abroad can get back on their feet and bring live performances to the public once again. Korea has certainly proven that it can be done in a safe and responsible manner,” said Claire. The Phantom of the Opera company have been working closely in conjunction with the Korean Government to ensure company and public safety, implementing strict sanitisation, mask wearing and temperature testing procedures at the theatre and stage door and as a result have seen audiences confidently return to the theatre.

Recently engaged, Claire and her Australian fiancé, have to rely on video links to stay in touch, adding another layer of difficulty in these unprecedented times.

Melbourne-raised Claire Lyon commenced her professional career with Opera Australia performing such roles as Barbarina in The Marriage of Figaro and Ida in Die Fledermaus. She also toured nationally with their production ofMy Fair Lady.

Twice Claire has performed alongside Josh Groban as guest artist on the Australian legs of his world tours and she is one of few actresses in the world to have performed in both The Phantom of the Opera and its sequel, Love Never Dies, in which she understudied and performed the same role of Christine in the Australian national tour.