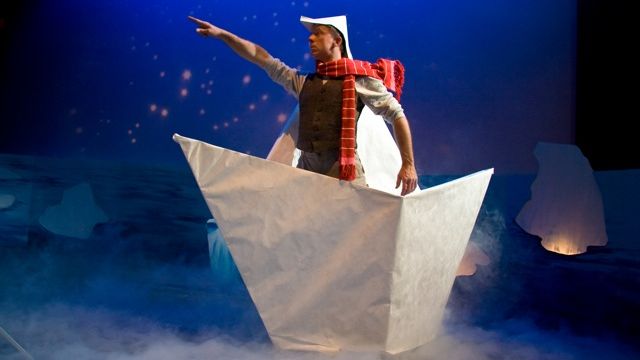 Wolfe Bowart will tour LaLaLuna and Letter’s End internationally, following the premiere of his latest production, The Man the Sea Saw
Following on from his 43-venue tour of Australia with Letter’s End in 2009, physical theatre creator/performer Wolfe Bowart is gearing up for a year of global touring in 2010.
Bowart will tour Letter’s End – the magical and wildly off-kilter journey down one man’s memory lane – to Hong Kong in April, Adelaide in July (as part of the Adelaide Festival Centre’s CentreStage Programme) and to Melbourne in October for a week-long season as part of the Arts Centre’s new all-ages-friendly Kids at the Arts Centre programme.
In addition to the Letter’s End performances, Bowart will head to the UK in May for a 7-week tour of LaLaLuna, during which his attempts at relighting the darkened moon will be seen at the Brighton Arts Festival, the Salisbury International Arts Festival, the Spark! Children’s Arts Festival, and at the York Theatre Royal, London’s artsdepot, The Lowry in Manchester and Northern Stage in Newcastle-upon-Tyne.
Bowart then leaps back with LaLaLuna to the southern hemisphere for a tour of New Zealand in July before heading to Austria in August where LaLaLuna headlines the 20th anniversary edition of the Festival der Träume, the eminent European clown theatre festival.
In addition to his touring commitments, Bowart recently premiered his latest show The Man the Sea Saw, the story of a man accidentally cast adrift on a teetering iceberg, which takes place on and around a swaying, icicle-clad stage. Spoon Tree plans to tour the show nationally in 2011.
Bowart’s productions weave together comedy and pathos, circus, stage illusion, film and sound in a largely wordless mix.