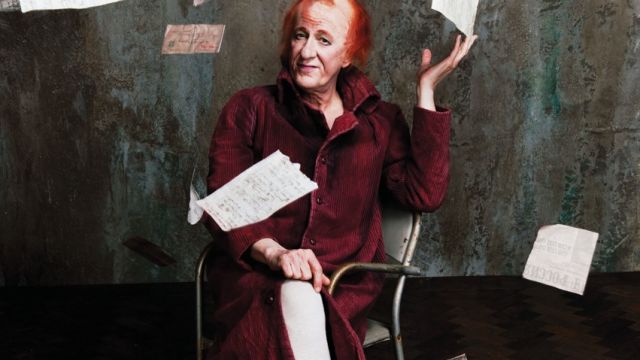 Belvoir has announced that two of its shows – The Diary of A Madman and The Sapphires – will tour to New York and London respectively in 2011.
Belvoir’s General Manager Brenna Hobson said, ‘Belvoir’s local, national and international touring program forms a key part of the Company’s activities each year. We’re thrilled to be taking these productions overseas, and to be introducing new and wider audiences to our work.’
The Diary of A Madman is a revival of the 1989 production that united Geoffrey Rush and Neil Armfield with a creative team that included Alan John (Music), Catherine Martin (Set Design), Tess Schofield (Costume Design) and Mark Shelton (Lighting Design). The 2010 production will bring the same creative team together again, with Yael Stone joining Geoffrey Rush on stage.
The tour to New York follows the success of Neil Armfield and Geoffrey Rush’s most recent theatrical collaboration, Ionesco’s Exit the King. It toured to New York in 2009 and won Rush a Tony Award for his acclaimed portrayal of King Berenger, alongside Susan Sarandon. The Diary of A Madman’s season at the Brooklyn Academy of Music will run from 11 February – 12 March 2011.
The Sapphires, a heart-lifting, foot-stomping Indigenous musical that features a live band and the some of the soul hits that defined a generation, will find a new audience at the Barbican in London. It will form part of their 2011 Bite program which presents new work that combines dance, theatre and music in unexpected ways, and will run from 2-12 March 2011.
In 2010 The Sapphires toured around Australia, and went to Korea to form part of the Daegu International Music Festival. Both nationally and in Korea, the production received an enthusiastic response from audiences and critics, with Casey Donovan winning the Best Supporting Actress gong at the Korean festival awards.