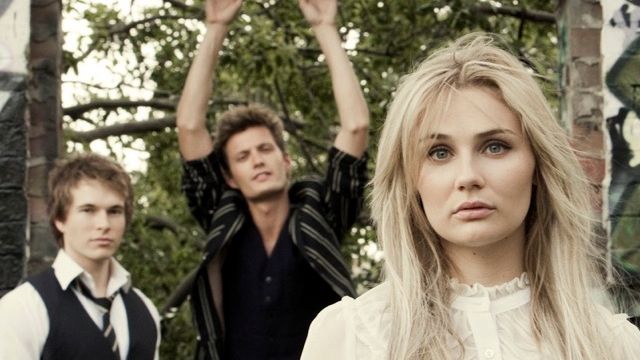 The Broadway musical Spring Awakening requires a cast of teenagers to portray the transition from youth to adulthood, as they learn about the joy of sexual awakening and its potential to devastate. To find new talent, the Sydney Theatre Company held open auditions in Sydney and Melbourne for its production in February.

“The piece requires very young artists who have wonderful voices, and because I wasn’t quite sure where to start, we decided to put an ad in the newspaper, and in the musical press, that we were going to do open calls,” said Serena Hall.
The response was huge, and the two planned days in each city stretched well beyond expectations - two adjacent rooms, two pianists and casting panel, going full tilt from 9 till 5.
“Everybody was asked to prepare one contemporary song, if possible not from a musical – more of a rock song or a pop song,” she said.
“Lots of people unfortunately didn’t get through that process, because while their voice might have been excellent, they weren’t, in the end, appropriate for this piece. And there were, of course, a lot of people for whom, to be honest, it was a fantasy.
“But the talent that did come through on those open calls really surprised us all – it was really fabulous.
“We had this phenomenal response. People were coming in their school uniforms – we had an age limit of up to 24, but most people were generally younger.
“To be honest, I was a little bit worried that it may not bear any fruit, and I was involving the director, and the musical director, who are at the top of their tree. Actually asking them to do these open calls is quite unusual, because there might have been a kind of culling version of this, which they wouldn’t have done. But actually it was extremely important that they were there, particularly the Musical Director, Robert Gavin, because of his expertise.”
“Then we did the acting calls. The singers who were short-listed were then also given pieces from the text and asked to come back the following day, which is when Geordie Brookman, the director, kind of took over.”
Seven members of the Spring Awakening cast of fifteen emerged from the open calls. They included one performer who is still at school, talented amateur theatre performers, new music theatre graduates from WAAPA and VCA, and two second year WAAPA music theatre students yet to complete their course.
“They’ve all got these extraordinary voices, but there’s one boy who’s never done any work professionally, or trained conventionally, but his voice is just superb. They just wouldn’t have come to our attention, or notice, or been seen, to be honest, if we had done it through agents,” she said.

Even for performers with agents, the audition experience can be fraught. Clare Bowen wasn’t part of the open call, but a certain air of drama certainly surrounded her auditions. A relatively recent musical theatre graduate from Wollongong University, Clare has mostly worked in film and television.

I asked Clare about her preparation for her initial audition.
“I picked a song that is really beautiful, and focused on telling a story,” she said. “Going in I focussed more on telling a story, rather than trying to be perfect, and I relaxed and probably sang better than I would have if I was all tied up and nervous.”
Before one audition Clare had been shooting a short film, near Taree. Standing under a waterfall at 5am, shivering, she had shaken so much that she crushed the muscles between her ribs – not really conducive to singing.
“My agent had warned them that I wasn’t in the best shape, but Robert Gavin was just so supportive, and said ‘I can tell that you can sing, but I can also tell that you’re in a bit of pain,’ ” Clare said.
Clare found herself rushing to Sydney from Campbeltown by taxi for another audition, direct from shooting an advertisement.
“They’d kept me a bit too long, so I’d run all the way from the Argyle steps to the STC. I got in all puffed and my knees were still shaking, sang, and they put me through into the last round where we did all the dancing. It was the funniest audition I’ve done – literally running from the Rocks to the STC, and then having to sing in front of the Director, Geordie Brookman, who said, ‘we’ll put you in for a possible Wendla.’ ”
Following the recalls, prospective cast members were whittled down to a short, short list.
“We did the very final auditions in Sydney at the end of August, where we invited about 25 – half each from Sydney and Melbourne. Having said that, those were people that were seen in those cities from all over Australia and New Zealand,” Serena Hill explained.
That final audition involved a gruelling, yet by all accounts extraordinary, whole day audition come workshop.
“During the initial part of the auditions they were seen individually, then there was the big call, which again was quite intimidating, because they were competing for the parts, but in fact whilst it was competitive, it was a very warm and supportive atmosphere,” she said
Clare Bowen recounted the experience of that final audition.
“We were there from morning to late afternoon, but it was probably the most invigorating audition I’ve ever been to. It was great.
“We had a wonderful dance instructor from the Sydney Dance Company. It really was about exploring where your body can go, and how you interpret certain instructions.
“She’d tell us to stand at one end of the room. She’d put some music on and say, I want you to lead with your elbows, or lead with your shoulders, connecting with different parts of your body, in a way you normally wouldn’t.
“A lot of the people there were dancers, and it was pretty … not really intimidating, but … I’m not a dancer, I have trained, but I’m not one of those fabulous triple threats. Yet watching these beautiful dancers move was actually quite inspiring, and coaxed you into pushing yourself a little further.
“On that last day there was a big emphasis on being able to work together. Geordie actually said to us, ‘We don’t want competition … we want you guys to work together … we don’t want anyone to try to be intimidating or anything like that.’ I don’t think anyone there would have tried that anyway.
“Each of us sang individually in the morning, and that was where they put people into the spots where they thought they would fit the best. Then we did some scene work and reading.
“It was a really good process. I’ve never actually been to an audition that was so eye-opening. It was better than a workshop. You came out of it thinking, well I had really good day, and I discovered a few things about the way I can move, that maybe I hadn’t pushed myself before. I came out thinking, if I get into this show it will be absolutely miraculous and wonderful, but if I don’t I still had a fantastic time. I think that was the mentality of quite a few of the people.”

At the end of the audition process, I asked Serena Hall what main qualities the panel found in the young performers they chose.
“Obviously the beautiful voices that were appropriate to the piece,” she said. “We found raw, sexy, authentic young people. There wasn’t a kind of look required, so that was a blessing. The way that the characters are drawn in the script, you don’t have to prescribe to any kind of physical thing at all, so we weren’t inhibited by look, which was great, so we’ve got a real mixture of shapes and sizes in the cast. What they’ve all got in common is youth and talent. They’re all very vital people, with wit and sex appeal.”

Clare Bowen was on set, shooting a commercial, when her agent called to give her the news that she had been cast?
“My agent gave me a call and said, ‘I’ve got some fabulous news. They’d like to offer you a role in Spring Awakening. They want you for Wendla.’ It’s been one of my dreams since I was a little girl to play the lead in a professional music theatre production. I nearly dropped the phone,” she said
Clare thinks audiences will connect with a lot of things on different levels in Spring Awakening.
“The show is about, to quote the show, about the ‘parentocracy.’ It’s about being a teenager and growing up. It’s about being allowed to explore your own body and your own emotions, and being allowed to do that freely without feeling that you should be ashamed.
“It’s a really interesting piece that I think a lot of people, whether they’re teenagers or adults, are going to really, really love.”

Spring Awakening has its Australian premiere at the Sydney Theatre on February 9, 2010, where it played until March 6.