The Boy from Oz Cast Announced 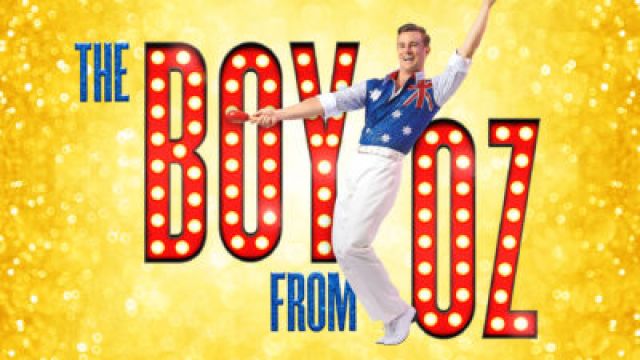 The Production Company has announced full details of the cast and creative team for its 20th Anniversary Season of the iconic all Australian musical, The Boy from Oz. To meet demand company has released tickets for a further six performances.

The Boy from Oz will open in the State Theatre on 11 August for an extended season now running until 26 August. Presented by arrangement with View Films and Robert Fox Ltd.

Rohan Browne will star as Peter Allen in a brand new production. The critics have praised Rohan’s most recent roles: Tommy Albright in Brigadoon and Don Lockvwood in Singin’ in the Rain, describing him as ‘an ideal leading man’, ‘magnetic and roguish’ and possessing ‘matinee looks and the dance brilliance of a Gene Kelly’.

Caroline O’Connor returns to play the role of Judy Garland. For the past eighteen months Caroline has been starring in Anastasia on Broadway and is currently completing a London season of the Kander & Ebb musical The Rink.

In the role of Liza Minnelli is Loren Hunter, whose leading roles include the lead role of Elphaba for the Free-Rain Theatre Company’s production of Wicked and Highway Productions Rent as Mimi.

Matthew Manahan will be Greg Connell, Robyn Arthur returns to play the role of Marion Woolnough and Francis Greenslade makes his TPC debut as Dick Woolnough.

The Boy from Oz includes many of Peter Allen’s best loved songs: “Quiet Please, There’s a Lady on Stage”, "Everything Old is New Again", "Tenterfield Saddler", "I Honestly Love You", "I Still Call Australia Home", "Don’t Cry Out Loud" and the show stopping "I Go To Rio". 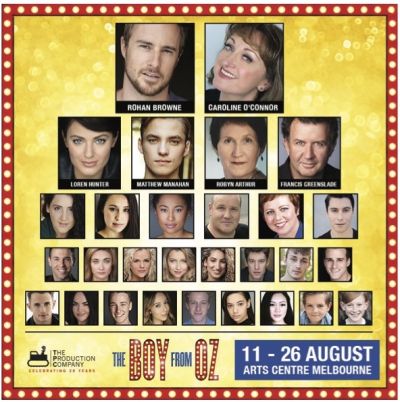 Widely regarded as Australia’s most popular musical, The Boy from Oz ran for a total of 766 performances following its opening in 1998 and was the first Australian musical to enjoy a sellout season on Broadway.

The Boy from Oztells the funny and touching story of the dazzling Australian entertainer Peter Allen, from his humble beginnings to his meteoric rise to fame as an international star. Singing in country pubs from age 11, Peter Allen survived family tragedy to become a local TV star at age 16. Discovered by Judy Garland, he married her daughter Liza Minnelli and went on to become a loved international star and an Oscar-winning songwriter.