Carrie Fisher On Stage Across Australia 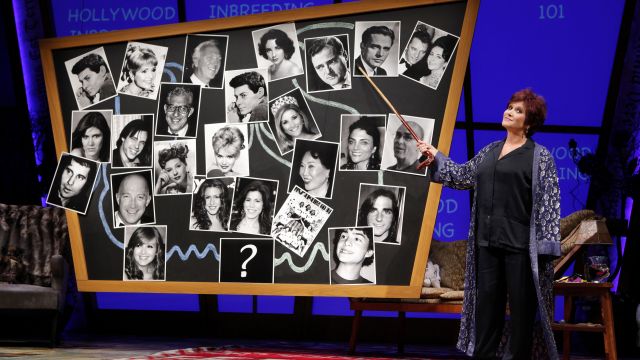 Carrie Fisher will perform her play Wishful Drinking in Australia during October and November.

“If my life wasn’t funny it would just be true, and that is unacceptable.” Carrie Fisher

An actress, screenwriter and best-selling author (Postcards from the Edge, Wishful Drinking), Carrie Fisher is the daughter of singer Eddie Fisher and actress Debbie Reynolds. She became a cultural icon at age 19 after starring as Princess Leia in Star Wars in the 1970s. Despite growing up with “Hollywood royalty” and experiencing early fame of her own, Fisher’s life had its challenges, as she reveals in this uproarious and sobering account. Combining wry wit and raw facts, Wishful Drinking reveals the not-so-glittering side of being a celebrity.

From stardom to divorce, re-marriage to the death of a close friend, addiction to mental illness and medication, Fisher recounts her peaks and valleys with unfailing candour and biting humour.

In Wishful Drinking, Fisher details her complicated and impressive “family” tree in Hollywood 101 at Wishful Drinking University, employing a blackboard and wooden pointer. Fisher and her brother lived through her parents’ multiple marriages and blended families, watching their “white-hot bright star of celebrity slowly dim, cool and fade” while they lived in a house she likened to an air conditioner complete with eight little pink refrigerators.

In 1973, at her mother’s urging, the 17-year-old Fisher enrolled at the Central School of Speech and Drama in London; two years later, her life changed forever when she donned a white dress as Princess Leia in George Lucas’ Star Wars.

Besides making her a star, the movie resulted in Fisher’s image being merchandised as part of a growing Star Wars franchise. Among the items she adorned were dolls, shampoo, soap, Mrs. Potato Head and a PEZ dispenser. Fisher hilariously notes that among his many possessions, Lucas owns her likeness, “so every time I look in the mirror, I have to send him a couple of bucks.”

Fisher’s realization of her addiction in her early 20s was followed by periods of sobriety and relapse. With extraordinary candour, she discusses her subsequent bi-polar diagnosis, which took her through a wide range of emotions on any given day. Fisher likens the changeability of her mood to the weather, observing that “the facts of your life remain the same, just the emotional fiction that you’re responding to differs.” She recalls the important decision to have Electric Shock Therapy (ECT) with typical humour, saying, “Have you guys seen One Flew Over the Cuckoo’s Nest? Wasn’t I great in that?”

In addition to the first Star Wars trilogy, Carrie Fisher’s films include When Harry Met Sally, The Blues Brothers, Soapdish, Hannah and Her Sisters and Shampoo. Her four novels, Postcards from the Edge, Surrender the Pink, Delusions of Grandma and The Best Awful, were all New York Times bestsellers. Her memoir “Wishful Drinking” was published in 2008; her next book, Shockaholic, will be published in the coming months.
Fisher’s one-woman stage show Wishful Drinking opened in Los Angeles in 2006 and has been performed in Boston, Seattle, Washington DC and many other U.S. cities. It was produced on Broadway in 2009 by Roundabout Theatre Company.