Cast Announced for Australian Premiere of Head Over Heels 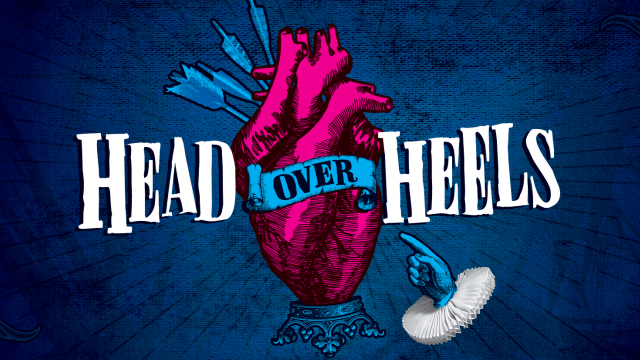 The cast has been announced today for the Australian Premiere of the Broadway musical HEAD OVER HEELS. Playing at Hayes Theatre Co from 18 February 2022, HEAD OVER HEELS is a bold new musical comedy set to the music of the iconic 1980's all-female rock band The Go-Go's.

Playing Basilius and Gynecia, the King and Queen of Arcadia, are Aaron Tsindos (Merrily We Roll Along, Muriel’s Wedding) and Lena Cruz (Priscilla Queen of the Desert, Playing Beatie Bow), while their daughters Pamela and Philoclea will be played by Laura Bunting (Gypsy, Rent) and Jenni Little (School of Rock, High Fidelity). Mopsa, the royal handmaiden of Princess Pamela, will be Lauren Cheok (Charlie and the Chocolate Factory), while her father Dametas, Basilius’ royal viceroy, is Evan Lever (Anything Goes, Merrily We Roll Along). Doron Chester (Aladdin, Beautiful: The Carole King Musical) will play the role of the poor shepherd Musidorus, and Daniel Gabriel (The Moth Effect, Two Weeks with the Queen) features as Pythio, the mystical Oracle of Delphi. The ensemble is comprised of Andy Seymour, William Tukia-Edwards and Maddi Xeureb. 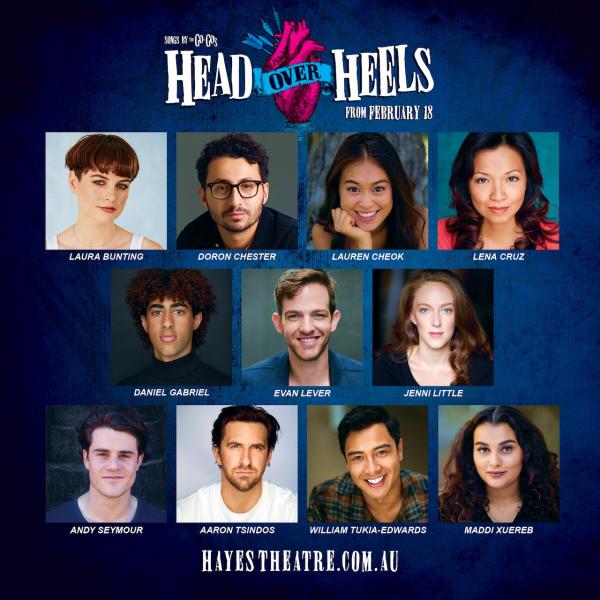 In a brazen (yet completely on-brand) attempt to flout the dire warnings of the Oracle, King Basilius of Arcadia sets off on a journey of evasion and avoidance with his entire family in tow. The next couple of raucous and ruff-filled hours see all that is familiar to this royal clan tipped on its crown as they are flung, loins first, into a new age of inclusion and transformation. Through a plot containing usurped kingship, unlikely lovers, and gender-fluid disguises, HEAD OVER HEELS preaches unconditional love and acceptance of yourself and everyone you know, no matter their gender or sexual identity, and uses some of the greatest pop rock hits of the late 20th century including We Got the Beat, Our Lips Are Sealed and Belinda Carlisle's Heaven is a Place on Earth.