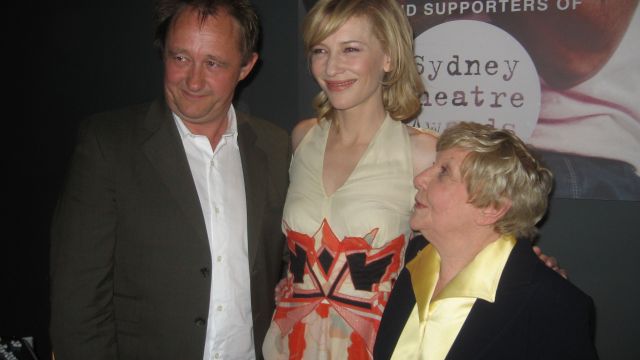 “That (other) Cate Blanchett is over-rated. I was at NIDA with her. She was a shit,” she joked.

On a serious note, she thanked the theatre critics for supporting the production, which gave them confidence for their tour to Washington and New York.

It was a big night for the STC – taking out eleven awards.

Pictured above are Cate Blanchett and Andrew Upton, with Wendy Blacklock, who took out Lifetime Achievement Award. The founder of Performing Lines, Wendy’s on-stage and producing career began in the 1950s

BEST DIRECTION
Benedict Andrews (The War of the Roses - STC)

BEST PRODUCTION OF A MUSICAL
Chicago