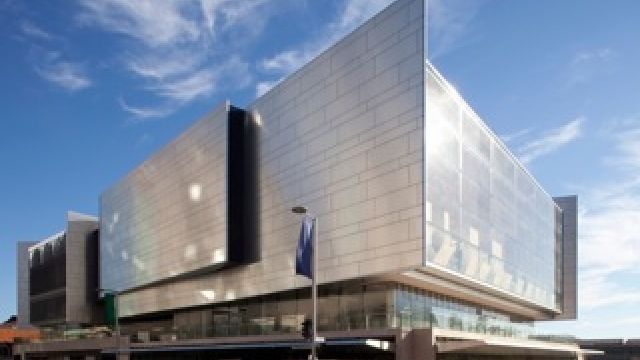 Willoughby City Council has engaged Century Venues to manage the entertainment and event venues on The Concourse.

The new entertainment venue, in the heart of Chatswood, replaces the old Willoughby Civic Centre.

Century Venues currently manage six venues and a suite of related businesses including film and television product.  Their experience also includes the development of the Newtown Entertainment Precinct in conjunction with Sydney City and Marrickville Councils, the Sydney Fringe Festival and the instigation of the live music program for youth Access all Ages.

“Century Venues’ ethos is reflective of that of The Concourse.  Together we will ensure a mix of international and national headliners, local community performers and amateur artists feature on The Concourse,” said Willoughby Mayor, Pat Reilly.  “The partnership between Willoughby City Council and Century Venues will see new and young talent nurtured and the creation of a venue where you will actually be able to perform on the same stage as your favourite professional artist,” he said.

“Century Venues’ management of The Concourse will see the venue become a dynamic, accessible and progressive nucleus for live arts and performance.  The partnership will also make The Concourse a financially robust business,” said the Mayor.

“The management of other leading Sydney venues including the Metro and the Enmore Theatre has enabled Century Venues to develop strong industry contacts which will enable them to secure a variety of artists, however, it is their commitment to developing and nurturing new talent and community programming that is vital to running The Concourse,” said the Mayor.

Greg Khoury of Century Venues, who will manage live arts and conference venues on The Concourse, is excited about the potential of the venue with its unique offering and variety of performance spaces.

“Century will work with local community artists and groups, schools and the performing arts sector to operate the facility as more than just a hall for hire,” said Greg Khoury, Director of Business Development, Century Venues.  “Part of our roll will be that of a producer, guiding the venue to develop its own product.  This could result in the creation of Sydney Fringe Festival or Sydney Comedy Festival hubs for The Concourse,” he said.

Opening in late 2011, The Concourse is conveniently located in the centre of Chatswood on Sydney’s North Shore, The Concourse will offer a unique mix of venues, including a concert hall, theatre conference and event venues, library, retail and dining, on site car park, outdoor urban screen and open space.

Stage Whispers looks forward to the return of the area's community theatre companies, for whom the Bailey Hall in the old Willoughby Civic Centre, was home, to the heart of Chatswood.

We believe the first musical scheduled for The Concourse is Willoughby Theatre Company's production of The Boy From Oz.

Chatswood Library – 5 000 square metres.  Set to be one of NSW’s busiest libraries, Chatswood Library on The Concourse will offer separate study areas, meeting rooms, training facilities, multilingual collections in more than 10 languages and will be equipped with the latest technology including self-checkouts, a modern security system and an automated handling system.

The Concert Hall – 1 000 seats.  Acoustically excellent, the Concert Hall provides a sensational atmosphere for a diverse range of performances, from classical music and chamber ensembles to jazz, world and pop music.

The Theatre – 500 seats.  The Theatre will attract regular seasons of professional touring theatre companies, lectures and seminars and musical and theatre shows.